It’s safe to say that English wine has truly begun to make its mark in the wine world, winning awards, beating renowned Champagne producers and becoming increasingly recognised as a region to which wine connoisseurs should pay attention.

In recent years, English Sparkling wines are increasingly being recognised for their excellence through formal competitions and professional blind tastings such as those put on by London’s Noble Rot magazine. At its peak, English sparkling wine is now competing with, and occasionally outperforming, premium Champagnes. Indeed several Champagne producers including Taittinger and Pommery have bought and planted vineyards in the south of England.

The most notable English wines are found along the south coast. Nyetimber in Kent, Gusbourne in Kent and West Sussex, and Hambledon in Hampshire are among the leading producers. 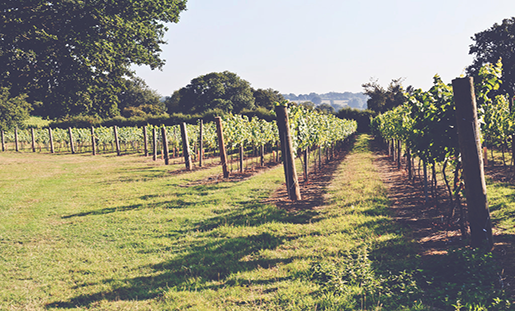