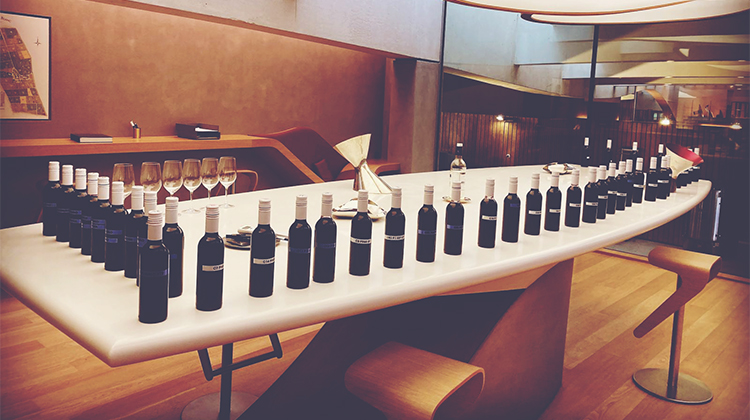 Welcome to the next installment of our blog series following our sales director, David Thomas as he helps out with the harvest at Château Le Pin. Whilst David was busy working with the Thienpont family he was lucky enough to have a very special invitation to join the fermentation tasting at Château Cheval Blanc for the 2020 vintage. In David's words this was a "once in a lifetime experience and every wine geek's dream". Discover the skills and intricacies involved in this very important stage of the winemaking process and head behind the scenes of this legendary château.

There have been vines growing around the area that is now Cheval Blanc since the 15th century indicating the belief and recognition that the soils within the area were perfect for growing Vitis vinifera grapes. Jean-Jacques Ducasse, president of the Libourne Trade Tribunal, purchased the core of the present estate in 1832 and spent the following 20 years buying parcels of the original Chateau Figeac estate to increase his land holding – but it was only when his daughter married Jean Laussac-Fourcourd, a wine merchant from Libourne, that a new chapter started in the estate's history. On inheriting the estate from her father, Henrietta allowed her husband to undertake a spectacular renovation at the estate and especially within the vineyards. 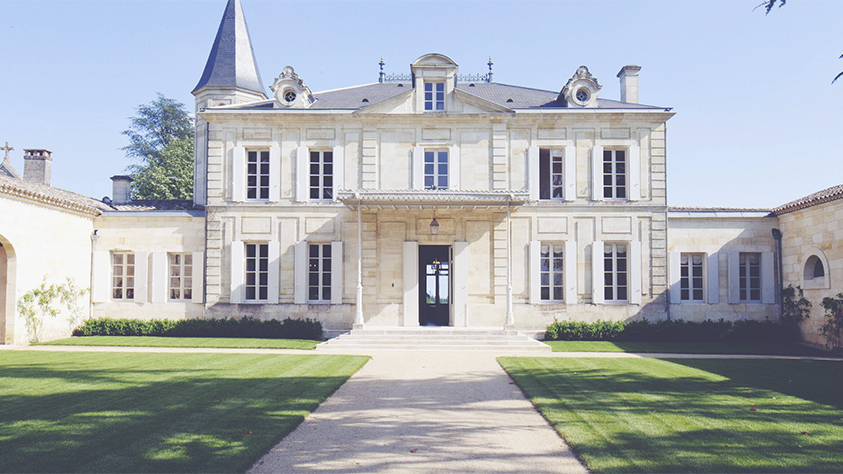 Jean was one of the first growers to understand the relationship between water stress and the quality of the fruit from the vines and installed efficient drainage channels within the vineyards. Further to this he replanted part of the vineyards with a most atypical proportion of 50% Merlot and 50% Cabernet Franc thinking that the unique soil combinations at Cheval Blanc would work perfectly with these two now classic Right Bank varieties.

The wine was formerly known as and sold under the name of 'vin de Figeac', but in 1852 it was produced, bottled and sold under the Cheval Blanc label – the birth of a Bordeaux legend. The estate gained the highest level of classification in 1954 – Premier Cru Classe 'A' grade - and has remained at this level ever since. 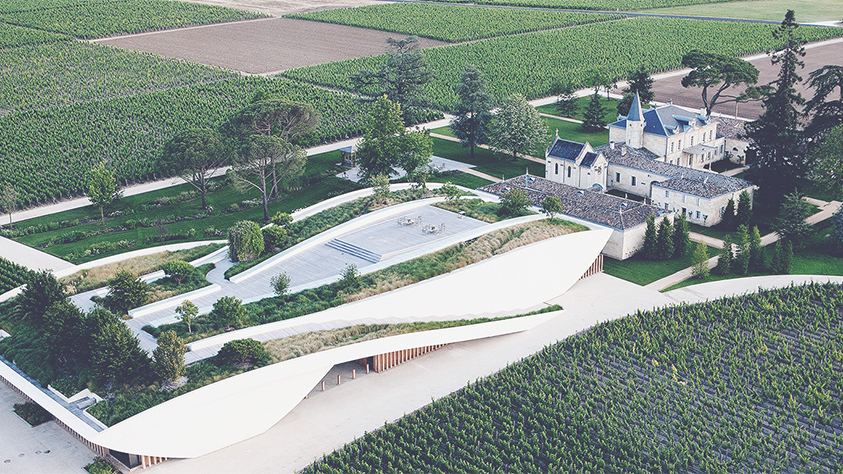 Come 1998 and the property was purchased by two great friends and lovers of all things vinous – Bernard Arnault and Baron Albert Frere – and a new chapter in the estate's history was born. In 2011 the new cellar was completed, and this allowed a whole new level of experimentation and investigation into what makes the estate so special. In fact, it was not until 2011 and the addition of a multitude of various-sized fermentation vats that the team could separately ferment all the specific identified parcels of vines within the estate. 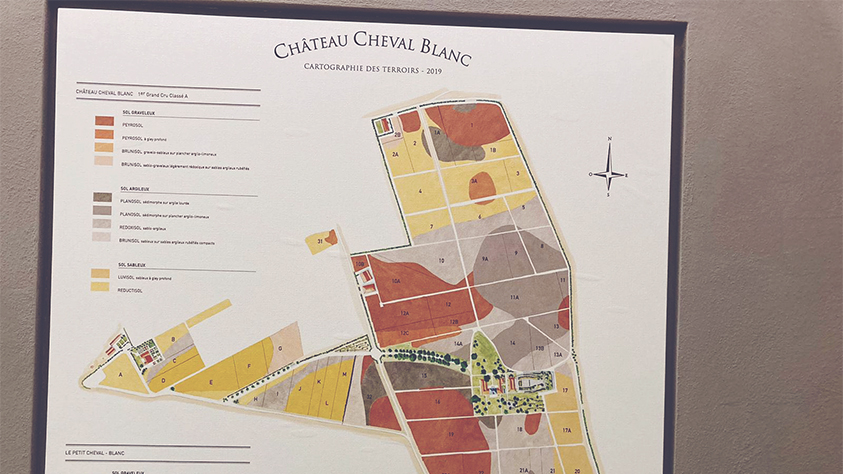 The team at Cheval Blanc has divided the vineyards into over 40 different plots – looking at the age of the vines, grape variety, soil type, water supply and mineral absorption amongst other things. They ferment each of the plots separately, and also taste them all every morning during the fermentation process. Firstly they are checking each ferment to assess the stage and levels of extraction of flavours, tannins and colour from the skins but also, and of more interest, trying to establish an understanding of the vintage and, even at this stage, start to map out the options on blending the various parcels towards the final wine. Each ferment is discussed at length and notes taken; some blending is carried out during these sessions and ideas are forming about the final wine and the ultimate blend created. 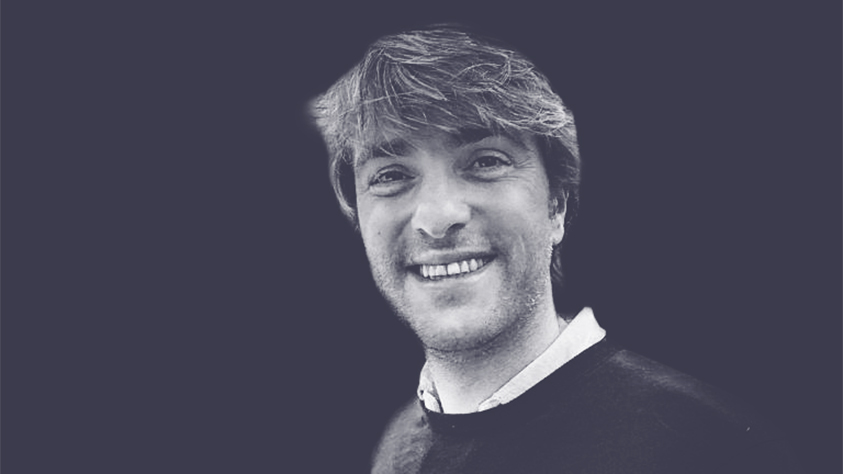 Pierre-Olivier Clouet is astoundingly young for his position as Technical Director at Cheval Blanc – I think he had just turned 31 when he first secured the position and he is now an integral part of the team at Cheval.

I was extremely honoured and very excited when, over dinner a couple of nights before, Pierre-Olivier very kindly asked myself and Fiona Morrison MW to join the tasting team at Cheval for one of their morning ‘vat tastings' and I have to admit it was one of the most fascinating and educational tastings I have ever experienced. I am extremely lucky in some of the wines and bottles I get to share throughout the year with friends, work colleagues and clients, but to be allowed deep into the cellars at Cheval Blanc to taste the 2020 vintage in its infancy was remarkable and extremely special to me. 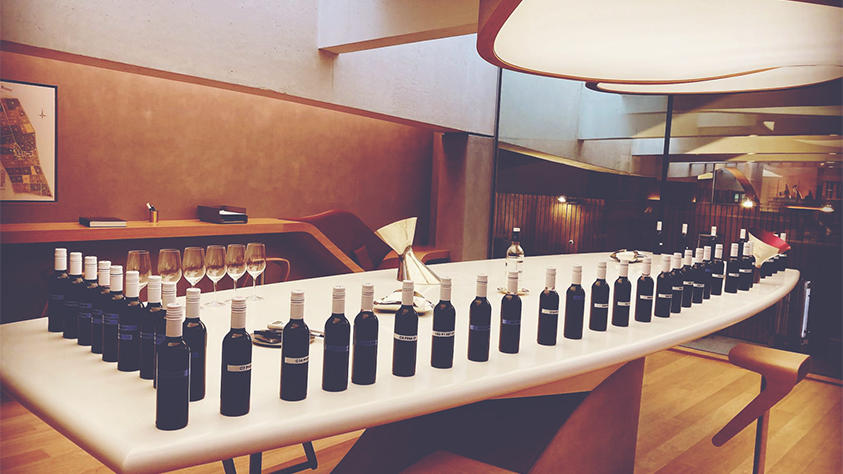 In the tasting room at Cheval Blanc over 40 samples bottles were spread out around the table, each with strip labels indicating the plot code from the vineyards and also the grape variety. On the walls of the tasting room are the vineyard maps indicating the soil type and often mix of soils within the plot; Pierre-Olivier would comment on the average age of the vines in each plot, providing details about each particular ferment. They also had some experimental ferments with same plots split into two or three ferments, and a different combination of ‘in-house' yeasts strains to investigate the impact of different populations of yeasts found and developed within the cellars of Cheval. It was a wine geeks' heaven. 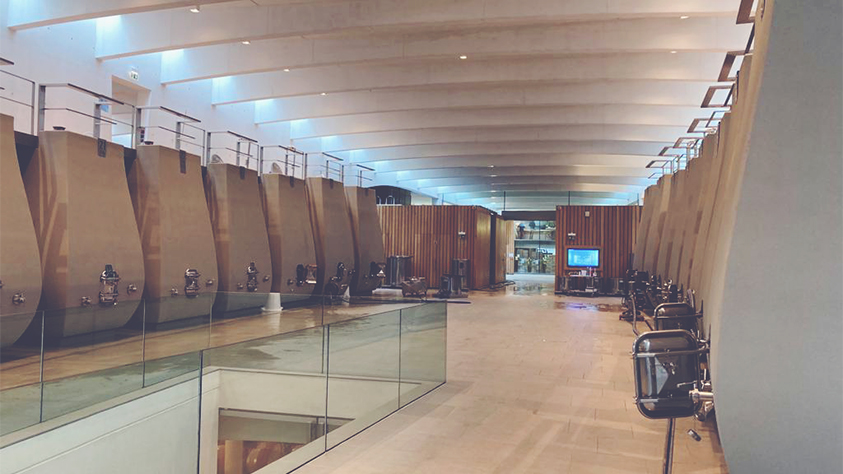 I could be writing for hours on each of the plots, but have selected a few interesting examples to highlight the variety and differences achieved within the estate and also just how much impact soil type, water retention, mineral differences and age of vines can have on wine.

All the cap management and temperature parameters are pretty much identical for the different plots at Cheval and each ferment is left for two weeks post fermentation within the tank, with the skins sitting on the top and allowed to relax at relatively high temperatures. 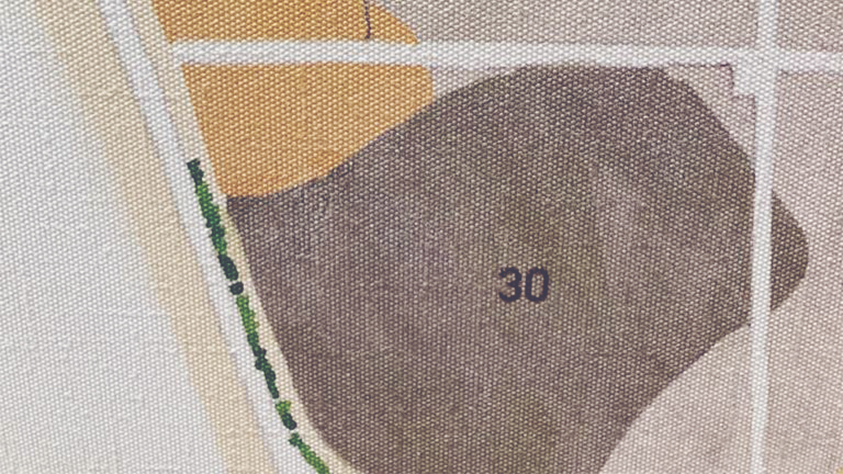 We started with Plot 30 – Merlot vines grown on heavy clay in the South west corner of the estate. The plot has been split into two separate ferments with a different blend of yeasts for each ferment, beyond that nothing was different. The differences between the two wines was certainly subtle but noticeable – the first being much fresher and with a purer expression of primary fruits and softer tannins, the second had slightly darker and stewed fruit with a definite increase in the grip of the tannins and almost harsher finish. We then blended the two – and the resulting blend was more balanced than the first with the tannins from the second sample blending into the primary fruit and freshness of the first – fascinating stuff. 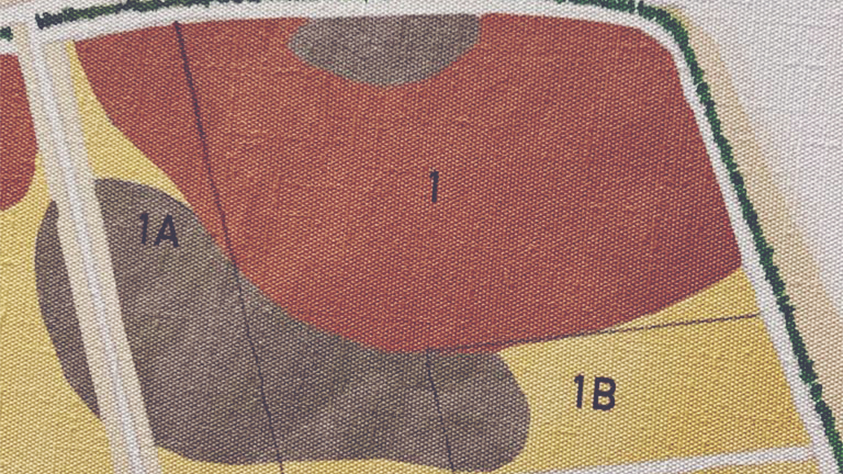 Plot 1 – Cabernet Franc from the gravelly soils up next to L'Evangile, in the north east corner of the estate, had been split into two ferments due to the differences in canopy development during the growing season within this block. There was literally a line down the middle of the vineyard with the vines to the east showing a marked increase in vigour and canopy development while the western side of the plot had much less plant growth and less canopy above the grapes – and once again the differences might have been subtle but they were detectable. The excessive canopy ferment certainly had a slight, and I'm being extreme in my comments, greenness in comparison, almost a stalky nature to the wine – I want to say herbal as it was not detrimental. By contrast the second sample had an underlying richness and sweetness along with softer tannins. 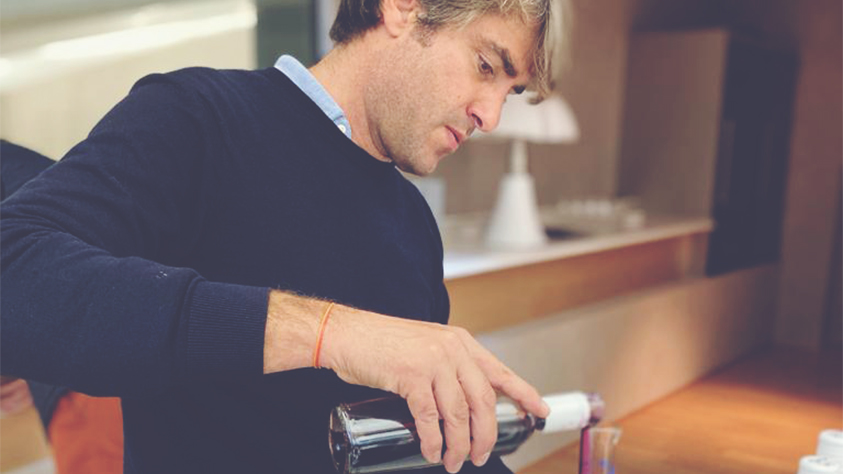 Plot 13 – some of the oldest vines, around 100 years old, on the estate showed the very best of Cheval Blanc – without doubt the vine age added richness, complexity and a level of balance and completeness to the ferment. I'm not saying that you need old vines to make great wines (just look at Le Pin for example), but there was a marked difference between these old ladies of St Emilion and some of her younger relations. 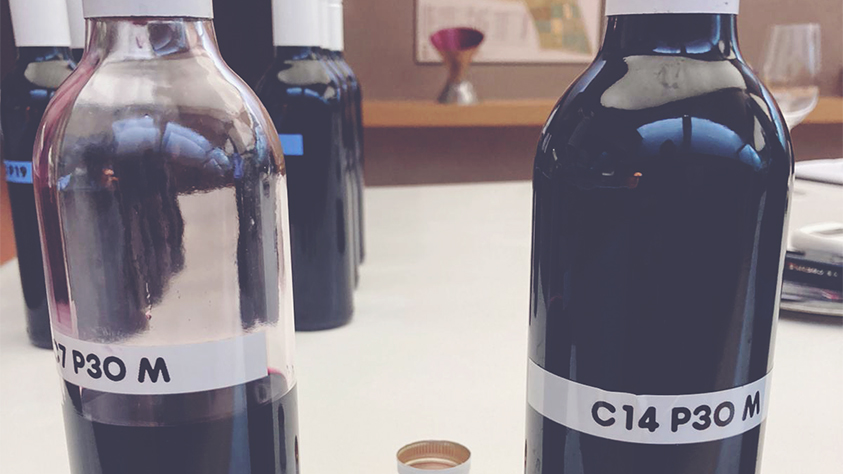 Plots 26 and 26A showed the very marked differences between Cabernet Franc grown on gravelly soils (26A) and clay soils (26) running alongside the western border of the estate and across the road from Figeac as the hill drops into the heart of the vineyards – and much to my delight and surprise I guessed which was which from blind tasting the two samples. Plot 26 (gravel) had an elegance and minerality, with delicate yet pure fruits and wonderfully fresh and floral aromas whereas 26A (clay) was much darker and intense, with dark fruits and richness and an added weight of palate and structure. 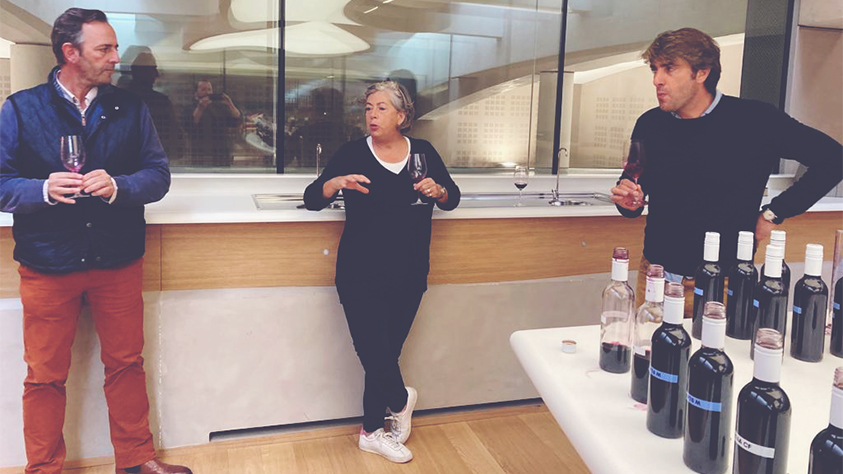 We continued tasting and commenting throughout the morning, blending a few options and listening to the technical team's thoughts and ideas about where the vintage was heading and stylistically what they thought they could achieve.

If you stop and think about the stunning vintages produced at Cheval Blanc prior to 2011, prior to separate plot fermentation, prior to experimentation with yeasts, prior to this fastidious attitude to vineyard management and understanding, you realise that the team at Cheval are looking for incremental steps towards perfection, fine tuning what is one of the greatest wines in the world; it must be such an amazing experience to be part of this young and dynamic team.

I have to express my sincere thanks to Pierre-Olivier for allowing me into the inner sanctum of Cheval during vintage for an amazing tasting and also to Fiona Morrison MW who I am sure had more than a little influence on securing the invitation.