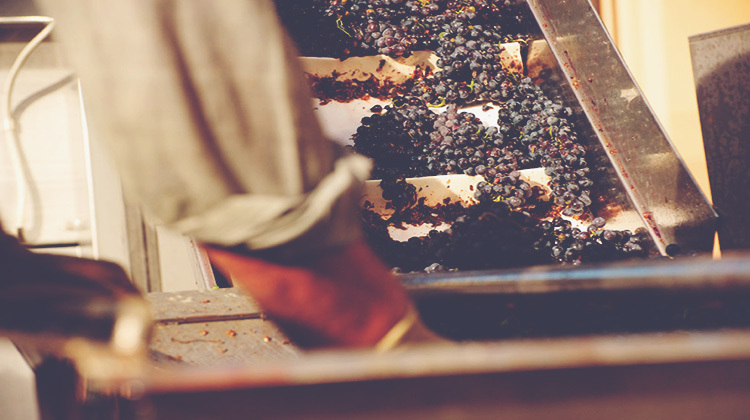 Aldo Vacca is Managing Director of Produttori del Barbaresco, a cooperative winery founded in 1958. The winery was developed to bring "Barbaresco back where it belonged, side by side with Barolo" and we've just added their 2017 vintage to The Merchant's Collection. The wine produced at this fantastic winery on the beautiful terroir of The Langhe is an Italian classic with a global reputation.

Thank you for taking the time to take part in our interview Aldo, can you please tell us about yourself and your background?

I graduated from Turin University, Faculty of Agriculture with a thesis about Nebbiolo Clonal Selection. I then spent 6 months in California at UC Davis as a visiting student and worked 4 years at Gaja Winery before starting at Produttori del Barbaresco in 1991.

What first brought you into the wine industry?

Destiny, probably. I was born in a family of farmers and grape growers in Barbaresco and my father was director of Produttori before me. As a young man I enjoyed mountain hiking so my first idea was to study agriculture and try to work somewhere up there in the Alps, forestry management or similar, but life soon took its course and the wine call came strong.

When was the winery founded and what was the vision at the time?

Produttori winery was founded in 1958 by 19 farmers leaded by the local priest, Don Fiorino Marengo. At that time both my grand fathers were among the founders. They wanted to bring Barbaresco back where it belonged, side by side with Barolo and the priest saw the founding of a cooperative as a good way to do that as well as to give the local farmers a better chance to survive on their land. You need to remember that while Barbaresco had a brilliant reputation as a fine wine village at the end of the 19th century, the first half of the 20th century with two World Wars and 20 years of fascism were harsh times and the village was somehow “forgotten”.

Tell us about the team behind Produttori del Barbaresco

Produttori is formed by 53 growers. These families are shareholders of the company, they own and manage their own vineyards individually, deliver their Nebbiolo grapes to the winery and share the profit of the business at the end of the year. The winery team counts 16 people, 36 years old is the average age, half employed in the wine production and the other half in sales and administration.

Can you tell us about the winery and what makes the wine so special?

Three decisions were taken by the founders that put Produttori aside in the world of wine cooperatives: 1) focusing on one grape only, Nebbiolo, and one wine only, Barbaresco. 2) To make it mandatory for the farmers to deliver to the winery 100% of the Nebbiolo grapes they grow. 3) to reward quality and not just quantity when it comes to pay the grapes, or better said to share the profit among the growers. Decisions that seem “common sense” now, but that were totally revolutionary in the ‘50s and made the winery somehow special. Then what makes the wine special is of course the Barbaresco terroir…

Can you tell us about the importance of the terroir and The Langhe?

The Langhe is a magical place, wines, truffles, hazelnuts, a dozen Michelin star restaurants in a 10 miles radius, dozens of great trattorias, incredible bike... A beautiful landscape and an incredible terroir combine to make the Langhe what they are. Terroir is particularly important also because the Nebbiolo grapes in very sensitive to terroir variation and there you have Barolo and Barbaresco, similar yet different and all the great Crus that made these two appellations so interesting.

In 1894 Mr. Domizio Cavazza, “the father of Barbaresco”, founded one the very first wine coop in Europe in the castle of Barbaresco that he owned, by grouping together 9 local land owners (including my grand-grand-father”) in order to produce excellent Nebbiolo based wine and rival the already famous Barolo. The story of Barbaresco has a real wine started there. That winery was closed in the early ‘20s, but that was of course the fundamental inspiration for the re-born of Produttori del Barbaresco in 1958.

How has this year been for the estate? Are you experiencing any changes happening that could be associated with climate change?

Big changes of course, this year we are dealing with an extreme dry season that is causing a very small and challenging harvest. Generally speaking, in this new millennium we are experiencing longer summers; the dry, warm season lasts well into October, even November resulting in riper, healthier grapes, more alcoholic wines with softer tannins.

We produce about 600.000 bottles a year, 50% is Barbaresco, 25% is Langhe Nebbiolo and 25% is Riserva-Cru wine. The vinification style is quite traditional with long skin contact time during fermentation and long ageing in large, neutral oak barrels, French oak these days. We have a “hands-off” approach with minimal manipulation of the grapes, cold stabilisation during the first winter and no fining in barrels.

What is the future vision for the wine and the estate?

To remain loyal to our tradition and to the legacy we have in Barbaresco. We have 53 growers now and 120 hectares of Nebbiolo grapes with major holdings in the most historical vineyard sites. All this gives us a solid base and a good flexibility to cope with future challenges ahead.