The World of Extraordinary Spirits: A Storied History of Bourbon 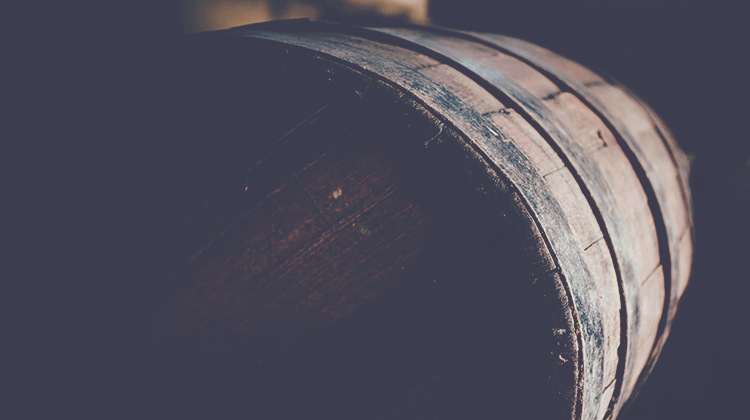 Over the last decade or so, whisky has been one of the undoubted success stories of the world of spirits, with a huge increase in interest, consumption and production. Distilleries from Scotland to Japan are running at full capacity in order to satisfy the seemingly ever increasing worldwide demand for whisky, and perhaps nowhere has this rise been more pronounced than in the United States and in the most famous of it’s styles of whiskey, bourbon. Indeed, such has been the staggering rise of bourbon that there are now more than twice the number of barrels of bourbon whiskey maturing in Kentucky than there are inhabitants of the state itself! However, bourbon has not always enjoyed such a level of global popularity, as demonstrated by a glance at it’s storied history.

The origins of bourbon are, at best, unclear, with many of it’s unique characteristics developing concurrently in an era where few records were kept. Distillation was brought to the US by European settlers, and it was initially rum that was the most produced spirit in the country – indeed, it can be argued that the seeds of America’s somewhat uneasy relationship with alcohol were sewn by the enormous popularity of rum in the 18th century, with several contemporary documents deploring the affect of rum on the productivity and morals of the young nation, a trend which was to continue with regards to all alcohol as time went on.

Soon, distillers began to make spirits using the corn that grew in abundance in the United States rather than expensive imported molasses, and many of these distillers were congregated in Bourbon County, Kentucky. Named in honour of the French royal family who had been of immense support to the Colonies during the Revolutionary War (this also the reason Kentucky is home to the towns/cities of Louisville, Paris and Versailles), Bourbon County was the perfect location in which to produce whiskey. Corn grew in abundance, there was ready access to a plentiful supply of spring water which had been filtered through the limestone bedrock of the state, and transport links via the nearby Ohio River enabled these fledgling distillers to find a greater market than their local area.

As the 19th century progressed, the production process was refined and the market began to change. It was found that a mashbill containing corn and differing proportions of either rye, wheat and malted barley produced the most pleasing taste, and with the advent of the glass bottle, bourbon ceased to be sold by the single barrel, and blending barrels to create a consistent “house style” became the norm, and thus the first brands began to emerge. At the same time, Dr James Crow pioneered the “sour mash” technique some commonly found in Bourbon Whiskey, using a portion of mash from the previous fermentation to kickstart the next and thus adding yet more fruit flavours to the spirit. As the popularity of bourbon grew, so did unscrupulous business practices whereby merchants who purchased whiskey in bulk mixed it with other products in order to make it go further and maximise their profits. This eventually resulted in the Bottled in Bond Act, passed in 1897 and still one of the cornerstones of bourbon production today.

Alas, trickier times were ahead for the bourbon industry; alcohol for drinking was deemed illegal in America during the First World War, and this was swiftly followed by the introduction of the “Noble Experiment” of Prohibition in January 1920. Only a handful of distilleries survived by making medicinal or industrial alcohol, and by the mid 1930s when the production and consumption of alcohol became legal again, only seven remained, struggling against an economy ravaged by the Great Depression and a market flooded by cheap whiskey produced by Canadian distillers who had been able to accumulate vast amounts of stock over the preceding decade.

However, the period after the Second World War was something of a “Golden Age” for the industry; with an increasingly prosperous population determined to make up for two decades of hardship, demand increased like never before, and production levels rose accordingly. By this point the industry had undergone a period of consolidation, with distilleries having created or acquired multiple different brands (often named in honour of bourbon pioneers of yester year), using different mashbills and maturation profiles to create a multitude of products, something which continues to this day and is markedly different to the structure of the whisky industry in Scotland or Japan. Warehouses were built and filled with thousands of barrels of maturing whiskey and new products were introduced to a market which seemingly could not get enough.

Once again however, the 1960s brought about change. A worldwide trend for lighter drinks came about, and whiskey suffered the reputation of being an “old person’s” drink amongst the younger trendsetters, who increasingly turned to wine or cocktails of wildly varying hues. After a decade of rampant production, this meant that bourbon producers were sitting on a whiskey “lake” which it seemed no one wanted to buy. Many went down the route of producing “novelty” decanters, shaped like such disparate objects as bowling pins, cars, animals and historical figures (alas, the far from perfect closures on these ceramic decanters meant that the liquid within often leaked or oxidised quickly, meaning that thousands of barrels of significantly aged bourbon were in effect wasted) in an attempt to alleviate the problem. Times remained tough well into the 1990s, complete with the inevitable closures that a slump brings about.

The new millennium once again saw the green shoots of growth; a revived interest in classic cocktails brought such bourbon-heavy favourites as the Old Fashioned and the Boulevardier back into fashion, and producers realised that they had such stocks that they could release significant volumes of super premium, long aged bourbons into a market which was becoming increasingly receptive. It was then that the reputation of bottlings such as Van Winkle, The Buffalo Trace Antique Collection and Old Fitzgerald began to sky rocket, as consumers found they could pick up and drink incredibly complex, long aged whiskies for a very good price indeed, some of them having been distilled at now “silent” distilleries, not unlike Scotland’s Port Ellen or Japan’s Karuizawa. By chance, bourbon also featured in some of the most popular TV shows and movies of the time, furthering interest in America’s native spirit, and slowly but surely, stocks of the whiskies laid down in the 1980s and 1990s began to sell, which in turn also lead to an increase in consumption of more recently produced liquid. Though it was not until 2014 when the corner was finally turned, the growth in bourbon has been nothing short of extraordinary; the latest figures show that there has been a 436% increase in the number of barrels being filled with whisky since 1999, and this trend looks set to continue.

Today, the industry could hardly be in ruder health – domestic demand for bourbon continues to be strong, with many distilleries having to strictly allocate products by state, with the result that it is extremely rare for anymore than a handful of super premium bottles to make it to a liquor store. This, coupled with increased international interest has meant that distilleries are now filling record numbers of barrels in order to make sure they have enough whiskey to sell in 5, 10 and 20 years time. Recent (though admittedly, pre-COVID) visits to Kentucky distillers have found a spirit of experimentation unlike that found anywhere else in the world, with producers looking for ways to refine and improve their offerings whilst remaining true to the culture and heritage of bourbon. New products are being developed, with unique cask finishes and blending of whiskies hitherto unseen coming to market, and there is a wonderful sense of collaboration and togetherness within the industry; whilst American producers do not swap barrels of stock in the same way that their Scottish counterparts do, there is certainly a lot of (perhaps unofficial) consultation between Master Blenders and Distillers, all anxious to ensure that all bourbon is made to the highest possible quality, and more than happy to swap ideas and tips.

“A rising tide lifts all boats” is certainly a maxim that can be applied to the current state of the bourbon industry, and one hopes that this continues for decades to come.