Winemaking in the USA was originally established by early colonists; however, it was not until the 1960s that the USA began to create its reputation and legacy as one of the major wine producers in the world. Now, the United States is the 4th largest wine-producing country in the entire world. American wine is produced across many states, with the most popular regions for wine production being California, which produces around 90% of the country's total output, Washington, Oregon and New York. We stock an extensive range of New World style wines from an array of excellent producers, including impressive Cabernet Sauvignons and Merlots from Robert Mondavi as well as rich and powerful Chardonnays from the likes of Aubert.

You can’t talk about American wine without talking about California, which is the most significant state for wine production. Its extensive and varying territory and climate has allowed it to produce some of the finest American Cabernet Sauvignons as well as magnificent American Pinot Noirs and Chardonnays. It is home to an array of distinct and premium wines, many of which we stock below. Particular regions to look out for are Napa and Sonoma which dominate Californian wine production, and distinctively different sub-regions of Sonoma such as Sonoma Coast and Russian River Valley, which are rapidly gaining an excellent reputation worldwide.

There are several top wine styles produced in the USA. Chardonnay often dominates with its adaptable nature, allowing producers to inject their own slant and style to the wines. The richer styles tend to come from the Russian River Valley and the more subtle styles can be found by the Pacific Ocean on the Sonoma coast. 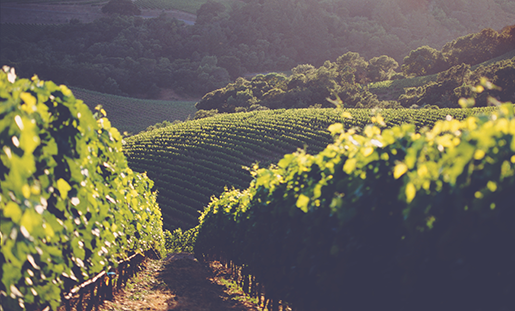