Spanish wine has long been a strong economic resource for the country, which currently cultivates nearly 3 million acres for wine growing. Spain has long had the ability to produce

superb fine wines; indeed the legendary Rioja has been one of the world’s most famous wine producing regions since the late 1800s, and the star of neighbouring Ribera del Duero, Vega Sicilia, has helped to further enhance the country’s reputation for top red wines. However over the last 20 years Spain’s reputation has expanded well beyond Rioja and Ribera, particularly with a new generation of winegrowers returning to their families’ roots and exploring ancient vineyard regions and winemaking techniques. From being something of a two-horse race, Spain has grown to become one of the most dynamic wine regions on earth.

Tempranillo is the most famous wine grape of Spain, capable of producing fresh, simple and lively wines through to the most densely concentrated, powerful and ageworthy styles. In Rioja and Ribera del Duero it is often blended with Graciano for extra complexity and structure, especially for Reserva and Gran Reserva wines destined for long barrel and bottle ageing.

Galicia produces the finest whites of Spain from the native, aromatic Albarino grape. 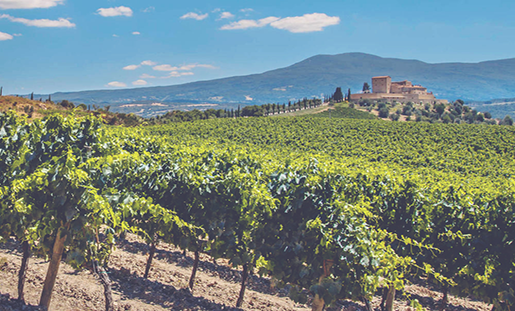