With a long and established wine-growing history, Australia is the world’s 6th largest wine producer earning its place among the most established of the New World wine-producing regions. The first settlers into Australia became involved in growing vines, with the produce being used for religious and medicinal purposes; indeed their output was dominated by fortified wines for many decades. There was a boom in Australian wine in the mid 80s and 90s when huge volumes of easy-drinking Chardonnay and Shiraz were imported into the UK – the intensely ripe, easy to drink style, not to mention the very friendly prices, created a new legion of wine lovers. However as the years have gone by winegrowers have inevitably looked to quality rather than quantity, and the searing heat of the Australian sun has come to represent as much of a challenge as an opportunity. Therefore increasing numbers of growers are looking to cooler climates, either by seeking higher altitude or heading to ever more extreme coastal and even island regions. The change has been dramatic and now the very best Australian wines are characterised as much by freshness, vibrancy and precision as they are the sunshine.

Most of the Australian vineyards are located in the South of Australia. The country’s reputation still leans towards the production of world-class reds, with the finest Cabernets coming from Coonawarra in South Australia and Margaret River in Western Australia; the Shiraz from the Barossa and Eden Valleys; and Pinot Noir from the Yarra Valley and more coastal regions of Victoria.

But one overlooks Australian whites at their peril - from the valleys of Clare and Eden, which are best known for their crisp, intense and age-worthy Rieslings, to immortal Hunter Valley Semillons, and Burgundy-inspired cool-climate Chardonnays grown the length of the south coast, there is a diversity of styles which would have been unthinkable just a few decades ago. 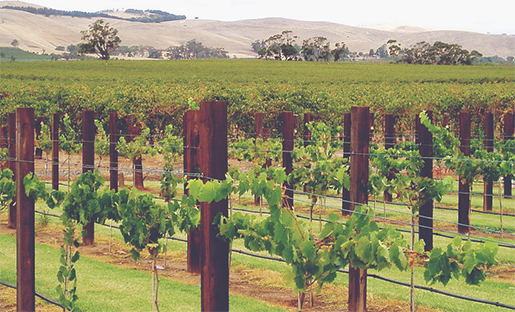