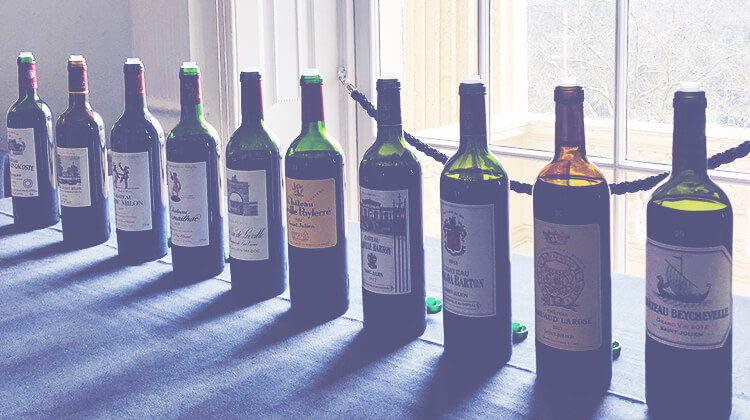 Last night Bordeaux Index held its 10 Year On tasting for the Bordeaux 2012 vintage, for critics, journalists and clients. The majority of the wines are instantly tradeable on our market-leading LiveTrade platform – below we review the market context of these wines and current pricing.

Bordeaux 2012 was a vintage not without its challenges. A cold and wet winter resulted in a late and uneven flowering that shunted the entire vintage back several weeks. On top of which, the summer months were marked by highly variable conditions from extended periods of scorching heat to torrential downpours. Fortunately, the season concluded with favourable and consistent weather allowing the grapes to reach decent levels of ripeness and address issues of hydric stress.

All of this made for a year that demanded diligence in the vineyard, scrupulous selection at the sorting tables and a gentle hand in the chais. There is little doubt that the finished wines, even amongst leading estates, would have been challenging as little as a decade earlier but such were the improvements in vineyard management and a budding culture of ‘quality above all else’ in the intervening years that in fact many high-quality (albeit smaller production), characterful and age-worthy wines were ultimately fashioned.

The vintage’s meteorological challenges were echoed in those of market sentiment at en primeur with prices still in a process of correction that had begun in mid-2011. 2012 EP shadowed the relative muted enthusiasm of the 2011 campaign and it was not until 2015 and the meaningful resurgence in trade that demand for the wines picked up and prices began to recover.

Coming forward a few more years and the chart below shows that the vintage’s absolute and relative performance has improved markedly, attracting the attention of collectors and investors as it reaches the early part of its drinking window.

The relative out-performance of the 2012 vintage seems to come down to two related factors; firstly, the style of the vintage with its gentler tannins and less imposing structure lends itself more readily to earlier consumption and secondly, coming in at the lower-end of the price-range makes it an ideal choice for the on-trade and other brand-focussed distribution. These factors made the vintage an ideal choice for the Asian and American export markets which have been strong for several years but saw a particular surge from H2 2020. This segment remains in robust health and looks set to expand further whilst chasing ever-dwindling pools of wine.

Time, and critical assessment, will tell where the 2012s sit in the longer-term but the short-term outlook looks encouraging with strong demand in key-markets and availability increasingly stretched. Indeed, with exceptionally strong vintages in most years from 2015 through to 2020 it’s far from clear where the ‘replacement’ vintages for the likes of 2012 will come from.