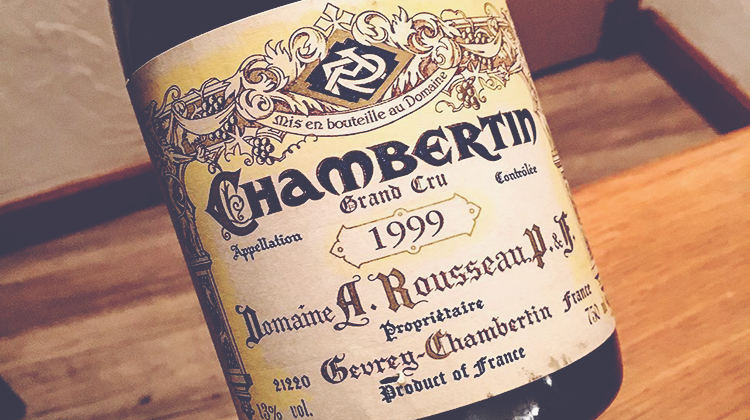 Demand for blue chip Burgundy is at an all-time high, while new release quantities continue to dwindle off the back of a series of small harvests. Here Bordeaux Index examines the underlying market dynamics and outlook for the segment.

Burgundy’s top wines are among the most coveted on the planet. The 33 grand crus in the Côte d’Or account for less than 2% of Burgundy’s total annual production, and competition for allocations of the top names is fierce. Burgundy sales are booming at Bordeaux Index, in a trend set to continue this year. “Much of last year’s +35% price growth came in the second half of the year and we’re already seeing gains of another 10-15% in 2022 so far,” reports Matthew O’Connell, CEO of LiveTrade – Bordeaux Index’s fine wine trading platform.

With demand for leading labels at an all-time high, and supply dwindling off the back of small harvests, prices look set to rise even higher yet, driven by an insatiable thirst for the top names among a growing cohort of wealthy collectors. “Conditions at the top end of the Burgundy market continue to be a story of an increasing ultra high net worth demand pool – a very significant element of which is consumption-led – targeting a small set of top producers whose production is limited. There is relatively little price sensitivity at this level, but rather a focus on acquiring the right wines whatever the cost,” says O’Connell.

While many may believe the market is due a correction, Burgundy expert Jasper Morris MW, who now writes for his own site, Jasper Morris Inside Burgundy, doesn’t think it will happen any time soon. “I’ve been saying for a while that it’s completely crazy and out of hand and we need a correction but prices for blue chip Burgundy in the secondary market are going even further up. I don’t see that changing unless we’re hit with some major, life-threatening geopolitical event. But we’ve just had two: Covid and the war with Ukraine, which could escalate, and yet it hasn’t made the slightest dent,” he says.

While Burgundy lovers may balk at the prices certain names are commanding in the market, O’Connell points out that many of these pricey purchases are driven by a desire among collectors to experience the wines first hand, rather than trading them on for a profit. Sharp increases in names such as Arnoux-Lachaux and Jean-Yves Bizot are fine examples of such dynamics.

“It’s important not to underestimate the amount of this wine that is being drunk. There is far more consumption than many people believe – we estimate a higher percentage than a decade ago,” he says. While there is no doubt currently “a distinct uptick in focus on wine as a ‘hard’ investment asset,” O’Connell firmly believes that consumption is the main driver of prices.

A league of their own

Morris traces blue chip Burgundy’s meteoric rise back to 2005. “The current level of demand is there because of a steady build up in knowledge of the joys of Burgundy, coupled with a much more consistent delivery of quality on the part of producers. The kick off to the real change was in 2005, which was a spectacular vintage in its own right, and the beginning of the period where everyone could see all the prices for the wines online,” he says. Current demand remains razor focused on a clutch of big name producers with hallowed reputations, with the likes of Leroy, DRC, Georges Roumier, Sylvain Cathiard and Armand Rousseau leading the charge, alongside domaines previously less well-known (such as Arnoux-Lachaux and Jean Yves Bizot mentioned above).

Some in the market have a perception of prices in this segment having been softer in 2019 and 2020 following the rises across 2017-2018, but Matthew O’Connell notes that Bordeaux Index’s executed transaction data really does not support this. “We’ve seen another surge in Burgundy prices lately, and we see the sequence very much as surge (2017-2018) – consolidation (2019-2020) – surge (2021- ) rather than the 2019-2020 segment as a period of materially softer prices. We saw no price softness at all in our broad trading across large Burgundy volumes in top names over that period,” he says.

Indeed, Burgundy’s best bottlings are in a league of their own and appear to be breaking away even further from the pack in terms of their price performance and year-on-year gains. “The blue chip names are a separate market with separate dynamics – indeed, this distinction has grown alongside the widening price discrepancy in recent years, which is a clear demonstration of the importance of ultra high net worth, specifically the ongoing outsized growth of spending in the segment,” says O’Connell, citing examples such as Leroy (e.g. Richbourg 2001 +363% and 101% year-on-year) and Coche-Dury (e.g. Meursault 2008 +427% and +99% year-on-year)

The rich, it seems, are for the most part getting richer, and are keen to splash their cash on some of the finest wines known to humanity. “We expect continual differentiation of the top tier of 20 or so producers from the middle and lower tiers as there is nowhere near the same level of price elasticity in those other tiers,” observes O’Connell.

While there is often a presumption of “trading down” to less well-known or up-and-coming producers, it is not clear that is reflected in real-world trading. O’Connell notes “We see some buyers trading down from a producer’s grand crus to premier crus or even village wines, but distinctly fewer examples of top collectors looking at other appellations and producers entirely.”

Adding fuel to the fire is the tiny 2021 vintage – a year Burgundians had to battle with devastating spring frosts and a soggy summer, leading to yield losses across the region of around 40% on its 10-year average, with white production particularly affected and certain producers seeing their entire harvest wiped out. Fears of forthcoming allocation shortages have fuelled interest in the more robust-sized, high quality 2020 vintage.

“The climate-change-driven shortages in the 2021 harvest have catalysed en primeur interest for the 2020 vintage in recent months,” says O’Connell, who is quick to point out that despite the heightened interest, there hasn’t been a ripple effect on prices outside of Burgundy’s revered top tier. “While this interest was across-the-board in terms of tiers, this isn’t igniting a real price momentum in the lower tiers of Burgundy, nor do we see significant liquidity in the secondary market for this segment,” he says.

Jasper Morris MW believes we won’t see a big increase in release prices for the 2021s, despite the vintage’s diminutive crop size. “Prices from producers broadly speaking will be the same as 2020; I’m expecting minimal price increases between 2020 and 2021,” he says.

While release prices may remain stable, the hail-ravaged 2021 harvest has alerted collectors to the impact global warming is having on fine wine production. “The 2021 vintage seems to be bringing into sharper focus the likely future lower yields arising from climate change-impacted weather patterns, which is only going to push prices one way,” says O’Connell. “While one might assume this might cause the market to reach an unsustainable high (a “bubble”), we continue to believe strongly that this is not the right way to think about this market segment – indeed we see on an ongoing basis that where you might expect rising prices to be met with lower demand, in fact we more often observe the opposite given the specific buyer base.”

Along with depleting crop sizes, global warming is also changing the style of Burgundy being produced, with hotter average temperatures leading to riper wines with higher alcohol levels – a concerning trend for Morris. “The likelihood is that the impact of climate change will be negative, especially if temperatures keep on rising. Heat and water stress are the big issues at the moment, and it’s changing the flavour profile of the wines. Not every year – in 2017 and 2021 it’s not an issue, but in 2018, 2019 and 2020 it is,” says Morris, who believes nailing the right picking date is becoming increasingly crucial in the region. “The fruit profile of the wines is that bit riper now, and most people are happy to live with that. If you wait for full phenolic ripeness, then you risk getting fruit flavours that are getting close to cooked, particularly with Pinot Noir – some producers insist on doing it, and you end up with aromas of ripe yellow peaches in the wines, which is foreign to what Pinot Noir should be,” he says.

Morris thinks the solution to climate change pressure lies in picking earlier and allowing any potential greenness in the wines to sort itself out in the bottle. “There are two schools of thought and I tend to be in the early picking camp. Do we want to drink Pinot at 14% or 15%? I don’t. The growers are not all alert to this issue, and some follow a different mantra. If the fruit must be ripe it can mean over-ripeness. If you pick slightly under-ripe then it can resolve itself in the bottle over time, but if you pick too ripe then you’ve got cooked flavours and it’s overdone from day one and never returns,” he warns. “It’s possible that Burgundy lovers won’t like the style of wine being made in a hotter climate.” This would, of course, in reality drive a further squeeze on supply of desirable wines.

Increasingly erratic weather conditions may have a marked impact on both the size and quality of the wine produced in Burgundy, and Morris believes steps need to be taken now to address the issue. “It may well be that Burgundy cannot produce the volumes of fine wine that it used to. Certain types of rootstocks aren’t faring well in the face of climate change, even if there’s no particular problem like frost and hail, producers are still getting lower yields than they would like, which is a longer-term trend,” he says. “People are gradually replanting different rootstocks, but it’s still guess-work on what to replant.”

With more money at their disposal, the region’s big names are best placed to adapt their viticultural and winemaking practices to the changing climate. O’Connell comments that “the problematic weather patterns caused by climate change will likely continue to put pressure on yields. Top producers are best placed financially to continue to make better wines in challenging circumstances, including tolerating lower yields to maintain or improve quality. Overall, we see this dynamic as a constant tailwind to prices – a factor inhibiting supply while demand continues to rise”. However he is quick to point out that “those that conflate this tailwind (or indeed others relating to Burgundy) with a rising tide lifting all ships will likely not see the results they might expect from investing in the lower tiers of the market.”