California: Cult Wines for Collectors or Central for Investment? 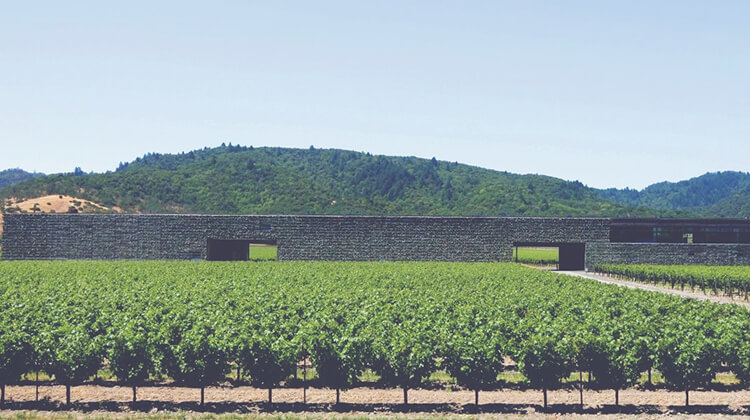 There is little doubt that California is spoken of as an investible wine region, debatably the only one outside of Europe. However, beyond a few established headline names – “Screagle”, Sine Qua Non, Harlan, Dominus, Ridge Monte Bello, Opus One – the picture is far less clear on this front, and as with Italy (see our column from last month) one really needs to distinguish specific groups of wines in order to understand even those headline names more clearly.

Any consideration of Californian wins must start by recognising the clear difference in distribution vs. European wines. It has always been the case that the vast majority of the fine and rare Napa wines have been sold to mailing lists (Direct to Consumer in formal terms) rather than via intermediary distributors, as for example Bordeaux is sold through negociants and merchants before reaching the final customer. This has been changing in recent years, as we will outline below, but has a much more significant impact on the investibility of the wines than people often recognise.

Indeed for this reason, the easiest wines to understand in an investment context are the larger production names – mainly Dominus, Ridge Monte Bello and Opus One (the first two having production in the one third to half area vs. Bordeaux First Growths; the latter roughly double First growths). Not only are these inherently more available and liquid on the market because of their production levels, but their distribution has always been more global, even though it has been further enhanced recently.

The performance of these has therefore tended to be more akin in behaviour to Bordeaux or Italian wines, but the lower production level of Monte Bello for example (c.3000 cases) is likely one of the reasons for the recent spike in price (as the chart shows): the market realises the wine is underpriced for the quality and is then squeezed when stock availability is low.

“Screagle” is broadly in a category of its own, in particular because it enjoys a global brand following unequalled in the region. Production is in the 100s not 1000s of cases and has been mailing-list based, meaning supply actually coming onto the market is lower. Even though mailing list prices are not what they were, many wealthy US collectors will hold the wines for consumption.

Beyond the initial price uptick for the first seller though, the low volumes tend to lead in Screagle to price volatility and overall a pretty thin market, one which could perhaps be equated to Burgundy but yet more esoteric. Prices (in the UK) tend to be most susceptible of all of the US wines to changes in FX – indeed this can be seen across 2020 where Screagle’s performance was rather laboured in Sterling terms.

In some ways Screagle’s market dynamics are a more pronounced version of those for lesser known, small production wines. The mailing list distribution is changing (partly a generational shift in buyers; partly a very conscious movement from wineries) but still leads to broadly low availability of the wines. This may sound very investment-positive but what it does not help with, on the demand side, is understanding of and following for what are without doubt expensive wines.

As such, the wines – Harlan, Colgin and Hundred Acre being some of the most prominent examples – indisputably tick the rarity and quality box so as to be very investible, but where performance has been unexciting in the last couple of years, this may be driven by a lack of sustained global following or an understanding of exactly how well these wines age (despite how attractive they are young).

We believe this segment has the most long-term upside potential through a combination of education and distribution changes and are perhaps surprised that this has not come through more to date. Certainly when it does, there are many very high quality but lesser known (vs. the wines mentioned above) names which would likely also come to benefit.

Sine Qua Non is an interesting side story, with a particularly loyal following for wines which are idiosyncratic and (many would argue) misunderstood in their profile and age-worthiness. The appearance of back-vintage parcels on the market is sporadic but they often sell quickly. We like the investment dynamics even if it is hard to move the wine out of the “niche” bucket.

Cutting through the Foreign Exchange impact on Sterling prices over the last 12 months or so, we believe the outlook for the US is broadly positive and moreover that the broader Rare Napa category is a relative sleeping giant. The challenge with such segments is always when the catalyst will come along for a market step change (in this case the combination of education and distribution changes driving significantly greater demand).

For this reason we currently prefer to invest in Ridge Monte Bello (still, despite the price gains), a few the rare names such as Harlan and Colgin, and Sine Qua Non, with a more cautious approach to Screagle and the broader Rare Napa set. The region definitely merits close observation over the next 2-3 years and more ambitious investors could start to take positions in the lesser known Napa wines, assuming even the current price per case is not a deterrent.