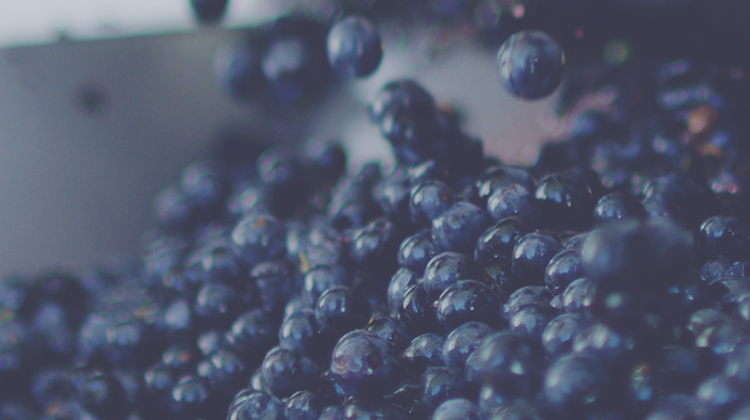 It is clear that the fine wine market has seen strong momentum across the first half of 2021, very much as we had expected coming out of the also-as-expected stability and capital preservation observed during the pandemic-dominated 2020.

So far, so good, as far as predictions go. We had also set out a case for Bordeaux and Burgundy registering significant gains across 2021 and indeed this has also been seen so far, year to date. However, two key things have surprised us and merit particular attention in this report: i) the superior performance of younger Bordeaux vintages relative to older Bordeaux vintages; and ii) Champagne (and to a lesser extent Italy) keeping pace with Bordeaux and Burgundy despite far less obvious tailwinds than previously.

The market is overall up by 6-7%, based on our trading data. Overall volumes traded – at Bordeaux Index at least – are up substantially, in the region of +25%, in what has often been quite frenetic activity. A strong pickup in pan-Asian HNW demand was reasonably predictable heading out of the worst of the pandemic, but less obvious was the pickup in US activity (over double the same period in 2020), something which was partially boosted by tariff-suspension.

The first quarter was most noteworthy for strong Asian and US demand for high end Burgundy – we saw record prices for a number of wines such as La Tache, and overall a pace of trade we have not seen since 2018 (the “bubble”, which of course has never burst!).

During this period we saw Bordeaux prices start to gather momentum in a reasonably uniform way – largely balanced across First Growths, Second Growths and Right Bank, as we had envisaged – and without an obvious leaning towards younger or older vintages. This was boosted by US tariff removal, but this has always been a relative side show for Bordeaux (and its significance easily overstated for other regions, in fact). Alongside this momentum though, we saw a big increase in Champagne trading as well as, to a lesser extent, a pickup in Italian volumes. In the absence of any particular tailwinds (tariffs or strong vintage releases, for example), this was surprising, but the sustained nature of the trading momentum was clear to see.

The Bordeaux En Primeur campaign really did little above the bare minimum in terms of attracting additional collector and investor attention to the region (a consequence of a strong EP campaign which we believe many chateaux continue to overlook) and this means that while we still see there being strong rationale for Bordeaux and potentially Burgundy to surge ahead of the “pack” across H2, we are less confident around this outperformance being realised.

This finally raises a key question on whether Champagne – and Italy really – have potentially shifted from historically being lower risk / more linear performance segments of the fine wine market, to being likely to have intrinsically more attractive characteristics over the medium term (2-3 years at least). Quite simply, we believe it is still too early to draw any conclusions on this front. The reasoning for the qualities previously ascribed to them were primarily linked to predictable early consumption (basic supply-demand but on a condensed horizon); but on the basis that these two regions potentially do still have further to go in terms of the maturity of their global (especially Asian) demand, then the question is at the least one worth considering carefully.

Fine wine is far from an efficient market – indeed that is one of its attractive features – but certain things tend to be relatively fundamental, one of which is that when supply-demand is a key driver of pricing, older vintages will inevitably trade at higher prices than younger vintages of similar quality.

Bordeaux price curves currently exhibit exactly this pattern – i.e. upwards sloping with significant increases in age – although perhaps not by as much as an observer new to the wine market might expect. This relative flatness is most commonly primarily attributed to two factors: Asian demand; and chateaux keeping much new release stock in-house and dripping onto the market in order to help maintain price momentum in younger wines (such that new release prices can over time increase in sustainable fashion). In relation to the former, it is certainly true that Asian consumption of Bordeaux is simply on average earlier than European consumption; and regarding the latter, the trend for smaller En Primeur releases has picked up pace, although the volumes held back are often significantly less in reality than the market comes to believe.

Another point is more often overlooked: the fact that younger vintages are inherently just easier to source and trade in size. While Bordeaux Index’s LiveTrade platform does allow collectors and investors to trade very actively in vintages back to 1989 with absolute confidence, it is certainly the case that across the wine market more broadly liquidity decreases with wine age. Therefore if various market participants are acting on particular trends, such as a rising Bordeaux market, this is most simply articulated in young Lafite vintages for example, even if intuitively older vintages should outperform in such a rising price environment.

The chart below shows a clear trend of young vintages outperforming older vintages so far in 2021 – most prominently in Lafite, but it is a pattern which is becoming increasingly clearer across other wines too.

The drivers of this movement are broadly aligned with those set out, but it seems to us that the thrust is more on the demand side rather than the supply side. Specifically, there may be at work two key demand factors, one potentially temporary, the other longer term.

Firstly, just as the pandemic saw the most (or indeed anyway) weakness in younger Bordeaux vintages, so as the world – especially, but not only, Asia – “opens up” again, there is a rush of on-trade and other consumption-led buying which seems most naturally to be focused on the easiest-to-access (i.e. younger) vintages. That this is a driver can be seen through the “cheapest-to-deliver” type pricing in young Lafite, where prices across prime vintages (2016 and 2018) and non-prime vintages (2011-15, 2017) are, respectively, virtually identical.

Secondly, it is reasonably indisputable that the pandemic has led to greater spending power among the HNW and UHNW categories. This in itself is significant in relation to a luxury commodity, but when coupled with an environment of (artificially) low interest rates and a perceived risk of high inflation, it is unsurprising that wine is seeing itself benefit from a focus on hard assets. To be clear, this is not to ascribe the main portion of a Lafite curve flattening to outright investment activity; rather it seems clear that in the present environment, those with high levels of cash to deploy are seeing the benefit to doing so into such an asset, whether as a direct investment, or to lock in future consumption; and young vintages are the easiest and most obvious places to do this, in either case.

How much further could this curve-flattening go? Certainly further, given it has been gathering momentum recently. There remains though a core underlying assumption that if the price difference between younger and older vintages gets too small, then older vintages will outperform in response. So, while given what we believe to be the underlying drivers, there is clearly a realistic situation in which the curve could become flat, or indeed even inverted, our base case assumption is that a total disassociation of younger (e.g. first ten years) and older vintages is unlikely – put more simply, the curve may get flatter still, but we see the likelihood of an inverted price curve as low.

Champagne Outperformance: Will the Fizz Subside?

Champagne has been a noteworthy outperformer over the last 2-3 years, driven primarily by three key factors: i) a stellar 2008 vintage driving significantly higher interest in the region; ii) US trade tariffs not being applied to Champagne; iii) better release price control and progression from the main houses (or their owners).

It had been our expectation that this outperformance would fade somewhat in 2021, with the 2012 and 2013 vintages strong but not yet at the core release time, US trade tariffs suspended, and the main houses, for the most part, needing to navigate the more challenging 2010 and 2011 vintages, where indeed they had made wines in those years.

To see Champagne at or near the top of the H1 performance tables is therefore somewhat surprising and indeed we note that the region saw a further material gain in July also. However, a closer look at the underlying trends help to shed light on the reasons for this sustained momentum.

Just as with Bordeaux, there is no doubt that a global “reopening” has favoured Champagne beyond most other regions, but also that there is an additional Asian consumption element at play. The chart below showing the outperformance of Dom Perignon compared to Cristal (on paper a much better investment wine) is good evidence of this consumption link:

Champagne has remained one of the regions of relatively lower focus for Asian consumers over recent years, but this seems to be changing quite quickly and has led to a very flat pricing curve on the secondary market for younger vintages (beyond standout years such as 2008) – indeed with some read-across to the Lafite observations above, there is effectively a “cheapest to deliver” concept prominently emerging.

Where does this leave the outlook for Champagne over the medium term? It is fair to say that our view on the region is significantly more positive than it was, though we still favour Bordeaux in terms of likely outright performance in H2 and into 2022. If Asian demand continues to increase, then our strategy of focusing on Champagne “inflexion points” (as the 2002 and 2004 vintages have in the last couple of years nicely delivered on) may be less fruitful due to materially changing patterns of secondary market trading.