The Champagne region is located in north eastern France and has a rich winemaking history that spans back all the way to the first century BC. Champagne was one of the first wine-growing areas to seek, and consequently win, its protected geographical status. Now, since the 19th Century, Champagne wines have made a stable appearance at every ceremonial occasion and celebration.

It is testament to its quality and longevity that despite only making up a small percentage of the world’s sparkling wine production, Champagne is certainly still the most sought after fizz in the world. The borders of the Champagne region are very closely governed and the grapes must be grown within the defined area to carry the name. Made predominantly using Chardonnay, Pinot Noir and Pinot Meunier grape varieties, Champagne benefits from complex chalky, limestone subsoils and a marginal growing climate which produces minerally, high acid wines which lend Champagne its natural freshness. It is vinified using the ‘traditional’ method, whereby the addition of yeast and sugar activates a second fermentation in the bottle, creating the essential fizz. Longer ageing before release means increased contact with the discarded yeast cells, promoting the all-important biscuit, bread, even pastry characters found in the best sparkling wines.

Champagne is either classified as vintage, if it is made entirely from grapes grown and harvested in a single year (in which case that year is stated on the bottle), or non-vintage, which means it is a blend of multiple harvests. Non-vintage wines exist to promote a single house style which remains consistent year after year; vintage wines are made only in years where the quality of grapes is both exceptional and characterful.

The Champagne region is dominated by big brands such as Bollinger, Pol Roger, Veuve Clicquot and Krug although in more recent years, small grower Champagnes have started to emerge, offering a greater diversity of styles. These are often made by the new generation of grape grower whose forbears sold their grapes to the big houses – but who have now taken on the opportunity to fashion wines under their own label. 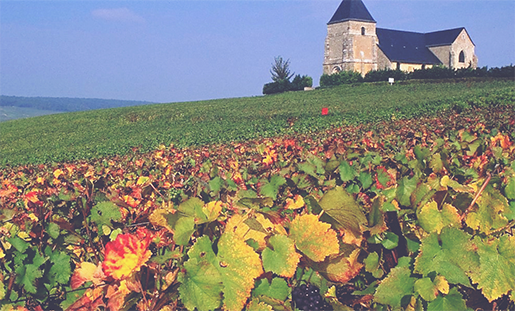