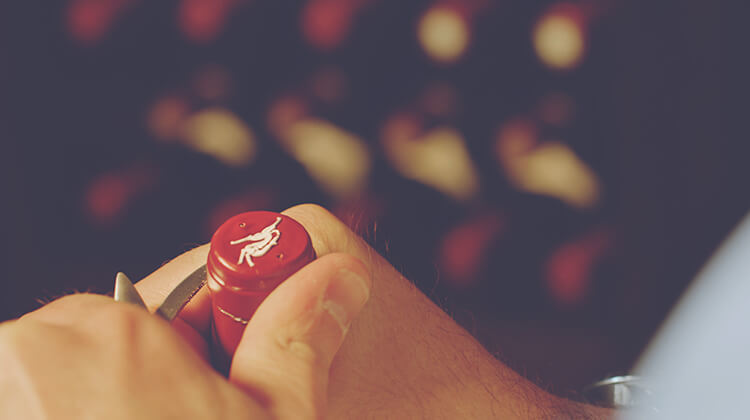 If we commented that the 2019 trading year was the proverbial game of two halves, then to continue the analogy Q1 2020 has been quite the extra time.....

However, while the shock to equity markets, oil and many other asset classes has been sudden and destructive, fine wine prices have in fact been largely robust and – understandably given broader events – this stability has flown below the radar.

The market is, from an index perspective, a couple of points lower in 2020 so far, but this is – as ever but most acutely at a time like this – a simplification of a complex interaction of factors, which merit dissection and analysis in order to understand what is really going on and what the potential outlook is for the remainder of 2020.

The top performing region at present continues to be Italy, particularly Tuscany, albeit the particularly strong 2016 Piedmont vintage has aided that area’s contribution. Pointing to US trade tariffs is an over-simplification, with this factor supported by strong back-to-back 2015 and 2016 Tuscan vintages and continuing favourable consumption dynamics.

If there is a loser so far this year, it has been young Bordeaux. We shall consider this in more detail later, but the 2015 vintage, despite presenting ostensibly good relative value has particularly suffered. Older vintages and “legend” type wines have not escaped the downwards pressure but have been far less impacted.

Burgundy continues to garner significant attention from Livex and others, who see prices more than 10% off their 2018 peaks. Again we shall focus in more detail on this later, but while the 2018 EP campaign was certainly not a roaring success, it is important to distinguish premium producers from those below the top echelon, as the latter category has seen prices being far too full for an extended period. In addition, executed transaction data is particularly meaningful for Burgundy.

Elsewhere, Champagne has been largely neutral with the expected upwards progress of the 2002 and 2004 vintages somewhat hindered by (unnecessarily) challenging new release prices disrupting market momentum. The US, on the other hand, continues to see positive sentiment and increased interest in high end, low-production Napa wines as well as Ridge, Dominus, Opus etc.

A mixed bag, at worst, then, and indeed one where we see quite different demand and trading dynamics to those reported from some other quarters (Burgundy, US, for example).

A key aspect of the market which is commonly overlooked is the physical nature of the asset, in particular (1) physical movements; and (2) accumulated inventory.

(1) has had particular significance to young Bordeaux so far in 2020, since a key market for these wines is Mainland China, traded via Hong Kong and onwards shipped from there. During a period where 90% plus of the HK-China border was closed due to coronavirus, the downwards price pressure on young Bordeaux starts to look far less sentiment-driven and more related to physical realities.

(2) compounds this further: businesses may face real or perceived pressures for macro-induced reasons, often leading them to need or feel compelled to reduce inventory. This is highly relevant in the fine wine space and we have seen it most markedly in the context of European trade suppliers over the last 6 weeks; of course, the market for them to reduce inventory most easily in is young Bordeaux.

In the context of (1) and (2), considering also the HK political unrest of H2 2019, a chart like the below has rather different interpretation than it might otherwise:

From our own trading flows, we see significantly higher levels of supportive market demand than young Bordeaux prices imply, with this boosted recently by a weaker GBP helping to reignite Asian demand. Fundamentally we believe that as socio-economic conditions normalise there will be a further recovery in demand as inventories are re-filled and suppressed demand realised.

To return to Burgundy, there is no doubt that we have seen strong Asian and UK buying of DRC and Rousseau so far in 2020 (BI sales of these up c.15% vs 2019) and for actual executed trades we see a very different picture to that cited by Livex:

It will likely be most helpful to end with key Q&A in relation to the current environment and outlook (as far as is possible in the context of the latter):

What are your expectations for the market in the remainder of 2020?

We have written extensively previously on the low correlation between wine and other asset classes (see Q1 2019 paper for example). With the investment grade wine market currently off only marginally, there is no clear reason to see a potential correlation with the sort of movements we have seen in equities, for example.

To develop this further, the two things most likely to matter in this context are arguably high net worth demand and the nature of the forthcoming recession, whether it is “V” or long “U” shaped, simplistically. We have seen over the last decade an insulation of (ultra) high net worth, or specifically their ability to spend, from macro shocks so to an extent even the shape of the recession may not matter as much as one would think. While it is too early to comment fully in relation to the current climate, it is particularly noteworthy that Asian demand for investment grade wine has bounced back quickly as they emerge from coronavirus lockdown.

It is likely that the European picture may be more complicated, but broadly overlaying the aforementioned high net worth insulation means that overall we do not expect a significant fall in wine prices simply with a “lag” vs other markets.

Physical flows / inventory dynamics could drive young Bordeaux lower temporarily – at the present time a further move lower would potentially represent an interesting buying opportunity. The other area which may present similar opportunities is champagne, particularly in the right names (production is relevant).

What about FX and wine returns in USD?

Over the long term, fine wine performance has been similar in USD and GBP; however, during the most recent market phase this has not been the case, with wine in USD terms showing materially lower returns.

We do not see this a new structural norm for the wine market but rather a result of USD strength having – for the most part on an ongoing basis – been a key feature of the financial markets. Where a physical asset is effectively multi-currency, a level of resistance in USD prices driven by a strong currency is not particularly surprising. GBPUSD and EURUSD coming out of the present crisis will shed further light on this topic.

Will does the Bordeaux En Primeur delay mean for the market?

The Bordeaux EP campaign has been delayed indefinitely at present and may or may not be undertaken in Q3-Q4. We have written previously about the continued relevance of and indeed relatively healthy demand for EP; but equally it is not particularly a driver of Bordeaux prices. What will be critical is the chateaux understanding the macro context, including – even if it is likely temporary – the recent weakness in young Bordeaux prices.