Thoughts and Experiences of Bordeaux 2021 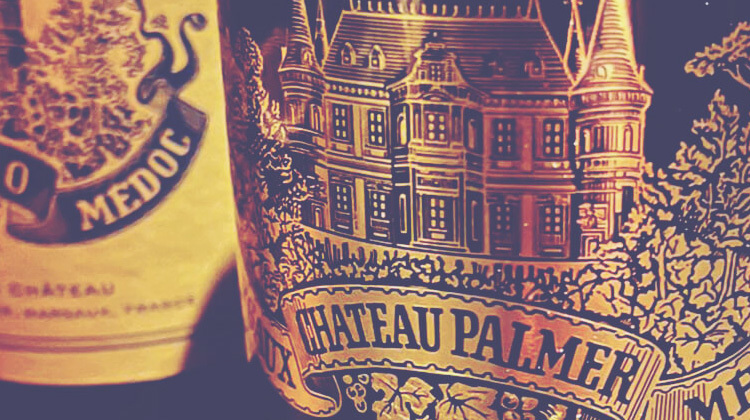 Not a merlot vintage? Hmmm…

Before leaving for Bordeaux various sources would have had us believe that 2021 was not a Merlot vintage. Indeed looking at the technical aspects of the vintage report shared yesterday, it would be hard to argue with. However, tasting the wines not only at the best addresses on the Right Bank but even at certain estates on the Left Bank, it’s hard to argue that Merlot was not a relative success. Take VCC with its 80% in the blend, or L’Eglise Clinet with 85%, or indeed Le Pin with 100%, and tell me that you could not make good Merlot in 2021. Or even dare to cross the river and try Palmer – 56% Merlot – and try to argue that this wine is not an unqualified success; Thomas Duroux told us how a plot of Cabernet Sauvignon which looked to have excellent technical statistics delivered hugely disappointing wines which didn’t make the final cut, whilst a plot of old-vine Merlot for which they held up little hope delivered quality far beyond their expectations. As of today, half of our 20 top-scoring wines are from the Merlot-heavy Right Bank, although a good many of these including the mighty Ausone and Lafleur contain significant, even dominant, volumes of Cabernet Franc.

As is often the case in cooler vintages, the estates close to the centre of Bordeaux in Graves have really benefited from their proximity to the suburbs in terms of experiencing more benevolent temperatures than their country counterparts. Tasting through the wines of Les Carmes Haut Brion and the Grandes Dames of Haut Brion and La Mission Haut Brion one could be forgiven for thinking it was a different vintage such was the additional sense of richness and ripeness. These are unquestionably wines to look out for when they are released.

The Value of Benevolent Neglect

More and more estates have converted to organic and biodynamic techniques, whether officially certified or not, and it is perhaps surprising that these estates, so vulnerable in such complex and challenging conditions, should have produced so many of the vintage’s top wines. The volume and type of anti-mildew spraying they were able to undertake to protect the vines prior to significant rainfall events was far more limited than for non-organic producers – and as Ludovic Fradin at Smith Haut Lafitte told us “You cannot cure cancer with orange juice.” Other techniques like leaving cover crops, allowing grasses to grow between the vines, might look scruffy but they naturally minimise soil compaction through their root growth and add vital nitrogen to the soils for the vines to access. Of course some of those who have been working under these principles for some years or even decades argue that they as farmers are more in tandem with nature and its challenges and opportunities, and that their vines are more adaptable to challenging conditions, having ‘learned’ stability over years of (to coin a charming phrase from Dr. Kelley) benevolent neglect.

In addition, workplace conditions are considered far more carefully. For example workers have to wait longer after spraying before they can re-enter the vineyards – health and safety gone clever, you might say – and in many cases, with rains due on Sunday or Monday, vineyard teams were required to work post-Friday, breaking with one of France’s great traditions: the protection of ‘le weekend’. If you think it takes buy-in to get your own employees to work over the weekend, try reversing decades if not centuries of tradition. Back in 2013, Haut Bailly lost a very special plot of old-vine Merlot because they couldn’t get it picked over the weekend and by Monday, the rain had taken it; they were certainly not alone in this, and lessons, as the saying goes, have been learned.

Those who work the vines were more vital than ever in 2021 and Edouard Moueix was just one who praised the importance of having an experienced hand living on each of their many estates, so action could be taken quickly. At Lafleur, over a week of all-night frost protection undertaken by the Guinaudeau family themselves alongside their trusty henchman Omri Ram resulted in a truly vintage-defying wine. Baptiste Guinaudeau explained how their rare position as both owners and winemakers meant no delays in decision making – something not afforded to many larger estates, especially those owned by corporations, where the amount of money required to be spent urgently needed higher-level approval, causing potentially disastrous delays.

It's impossible not to address the elephant in the room, that of the resources required to save this vintage from disaster. The right terroir was of course a significant factor in the final quality of fruit, but in the end much comes down to cash: having the resources to spend on the vineyards in the form of materials and workers, the clout to call in a hundred or more pickers at a moment’s notice (even at the weekend – on time and a half or even double time?), the equipment to sort through the grapes to make sure only finest got through, and the willingness to reduce yields, often to an extreme, to preserve top quality all have one thing in common – they’re expensive. Hubert de Bouard called it a “small and not very profitable vintage… loss-making… for 90% of Bordeaux growers”. Indeed over the river at Pichon Baron Christian Seely explained that such was the quality of their old-vine Cabernet planted on the deepest gravels that they made this the focal point of the vintage even though that meant the final blend was a mere 22hl/ha (the wine is breath-taking, by the way).

To conclude on a high note one must quite literally doff one’s cap to the men and women of Bordeaux who often took spectacularly brave decisions – which absolutely could not be undone – in order to maximise the quality of wine they were able to produce. At Figeac, Freddie Faye insisted on holding back the pickers before ‘the rain which never came’ in early October, trusting his gut that the extra time on the vine would take his Cabernets to a new level. “You are sure?” owners the Manoncourt family asked; “No,” was his simple reply, knowing that 29 hectares of fruit was out there awaiting harvest. Bravery, gut feeling, cojones – call it what you will – was an integral part of delivering wines which truly outperformed what nature intended.