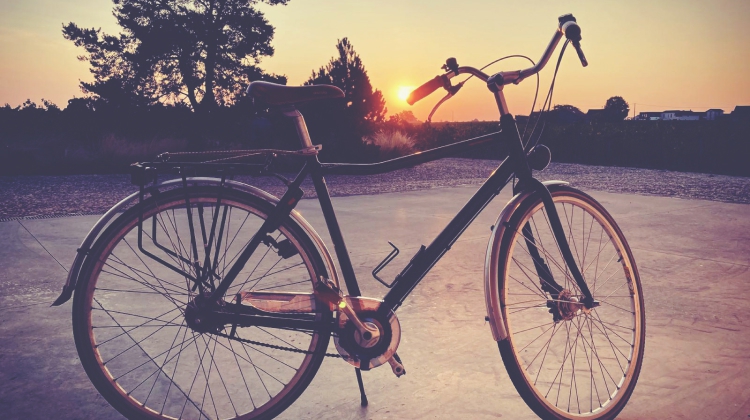 Welcome to the first blog in our series following our resident winemaker and Sales Director, David Thomas who is spending the next few weeks helping out with the busy harvest at one of the smallest wine estates in Bordeaux, Château Le Pin. Home to some of the finest and indeed most expensive wines in the world, hear the story of how this celebrated vineyard began life. Living and working with the Thienpont family, David has uncovered the fascinating beginnings to Château Le Pin, the vineyard that changed this family's life forever. Join us on this fascinating walk through history.

So this now makes it the third year I have been blessed to return to Pomerol and work alongside Jacques and Fiona Thienpont at their famed estate Le Pin, the magical 2.7 hectares of now priceless land neighbouring Vieux Château Certan.

It really is one remarkable story behind Le Pin... In the 1970's Jacques spent some time working in the cellars with his uncle at VCC, going on to attend Talence University in 1978 to study winemaking with his brother Luc. Then in the very same year with the financial help of his father and Uncle Gerald, Jacques and his brother purchased a small plot of land previously owned by Mme Loubie for 1 million francs. They were the proud new owners of not only a 1 hectare vineyard but also a rather badly kept cellar. The cellar back then, is best described as a small shed with a hard packed surface of earth, two old wooden vats and an old hand pump full of old gardening equipment.

One year later saw the very first vintage under the new ownership in 1979. It was made in the old cellars and due to the lack of space, Jacques had to pump the wine directly into barrels for the secondary malolactic fermentation. Back then this was a new process, nowadays it is widely followed as they discovered that it allows for much better integration of the oak into the wine. The labels for the new Château were created at the local print shop with Jacques and the owner hand drawing a very simple design of Le Pin. The name 'Le Pin' was chosen as it refers to the pine tree that was growing next to the old farmhouse. They started off with a modest price tag but even at 11 francs a bottle including taxes it failed to fly out of the door and was sold mainly to family and friends in Belgium.

Despite the fame Le Pin enjoys today, this appellation hasn't always enjoyed such widespread recognition. It wasn't until a young Robert Parker noticed the 1982 vintage did the wine trade really start to take notice of this remarkable piece of land in Pomerol. And that was when the Le Pin legend was born. The British merchant Roy Richards comments that they sold the 1982 for around £120 a case, and I know for a fact that our very own Gary Boom consumed 2 cases with friends one afternoon with steaks and sausages on the BBQ!

I arrived for this vintage on the 13th September to take up residence in a small house overlooking the vineyards. From the moment I pitched up it was apparent that it had been an extremely dry summer - parched soil, some shrivelled leaves and berries and the harvest date was 2-3 weeks earlier than 2019. Wishing for rain and cooler nights, it was a scorching 36 degrees and there was no sign of changing weather for the following week... let the games begin and the 2020 vendange commence!

Over the next 3 to 4 weeks I will report on the activities at Le Pin for the vintage, and where time permitting will drop into neighbouring wineries to see how 2020 is developing in both Pomerol and St Emilion.