A Guide to the History of Bordeaux 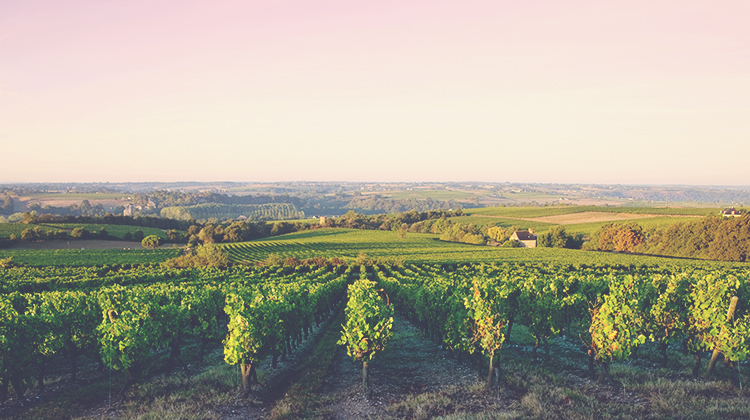 Bordeaux was first established as wine growing area by the Romans around 60BC as they instantly recognised the unique features of perfect terroir and maritime climate for growing wine producing grapes with the additional benefit of the close proximity to the Garonne River for shipments back to Romain territories. 1152 is the next step change when Eleanor of Aquitaine married the future King of England, Henry Plantagenet, with Bordeaux wine being served at the royal wedding. Subsequently the Bordeaux wine trade started shipping ‘St Emilion’ wines to England in 1302 for the courts of King Edward 1.

Bordeaux remained under English ownership for 300+ years and the wines gained status and following amongst royalty and aristocracy. The Bordeaux wine trade expanded massively to the point where several hundred British merchant ships would sail to Bordeaux twice a year to exchange British goods for wine. Then in 1575 there was another game changing development for Bordeaux: the Dutch engineer Jan Leeghwater was placed in charge of creating a plan to drain the swamps and remove the swamp water and in doing so changed the Bordeaux landscape forever. It allowed easier movement of people and goods around the area, which was the main aim of the Dutch, but more significantly to the wine trade, it revealed tracts of land that proved perfect for vine growing and many of the famous estates known today only exist thanks to the hard work of these Dutch engineers.

By the late 1600’s specific regions and brands began to develop, where previously most of the wines were sold with only the name Bordeaux on the labels. Châteaux such as Haut Brion, Margaux, Lafite and Latour were the first to develop significant recognition by the wine buying public and slowly these buyers started looking for wines from specific communes. To help with the growing global demands the need for negociants and courtiers was born with many of the Chateau owners being extremely wealthy and a few members of royal families. These owners were happy in tending the vines and making the wines but were less interested in selling to the traders and the public, a structure that in many cases continues to this day.

1855 remains one the most recognisable years in Bordeaux history – the year of the great classification. What is remarkable about the 1855 classification system is that only a single change has happened from the original classification, that being Mouton Rothschild receiving promotion from 2nd growth to 1st growth status in 1973; beyond that the list has remained the same. It was developed to help promote the wines of Bordeaux and guide consumers to the best of each appellation and more importantly as an indication of the prices paid for each wine. The St Emillion appellation was not included within the classification system, the main reason why the wines from St Emilion were not included in the classification was simply down to the difficulties in shipping these wines to the merchants in Bordeaux at the time and many of the modern-day iconic wines from Pomerol were not in production back in 1855.

Stylistically the wines of Bordeaux are highly diverse and closely linked to the individual terroir of each estate, but they can roughly be divided into three main areas:

The ‘Left’ bank wines of the Medoc, include Margaux, Pauillac, St Julien, St Estephe and Haut Medoc where Cabernet Sauvignon is the main variety, but almost all wines are blends including Merlot, Cabernet Franc and Petit Verdot. Four of the five first growths are found within this area – with Lafite, Mouton and Latour all within the Pauillac appellation and Margaux found a little further South. The wines tend to be dominated by pure cassis flavours but with a tannic backbone allowing the wines to age for decades.

The second area is Pessac Leognan, home to the 5th First growth Chateau Haut Brion, and also its sister property La Mission Haut Brion along with other great estates such as Pape Clement and Haut Bailly. The wines have similarities with the ‘left’ bank gang but often produce wines with more delicate and refined tannins and earthy characters. Again, Cabernet Sauvignon is the main grape variety with wines mainly blended with Merlot, Cabernet Franc and Petit Verdot. Pessac Leognan is also home to world class dry white wines from Bordeaux made from Sauvignon Blanc and Semillon blends.

Finally, you have the ‘Right’ bank wines – St Emilion and Pomerol and the numerous satellite applications. Merlot and Cabernet Franc dominate the wines in Pomerol resulting in softer, plummier wines than the Medoc but St Emilion can boast wines equally as powerful as the Left Bank with Cabernet Sauvignon and Cabernet Franc playing a major role in many of the blends.