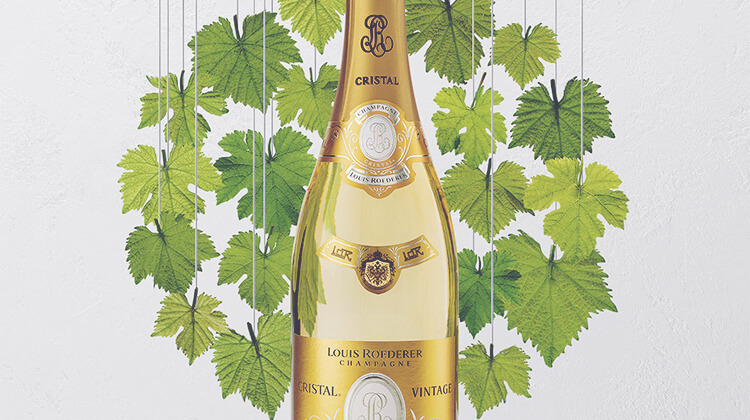 We sat down with Geraint Carter, an integral part of our Investment Team and cast him off to a desert island with only five wines of his choice. Discover which five he chose to take with him and why.

Working in the investment team at Bordeaux Index you clearly have a passion for wine, when did this first start? Can you remember your first experience with wine?

I think my passion and interest in wine started during my family holidays in Europe, where I gained exposure to incredible places, cultures and gastronomy. We used to go to Italy a lot as a family, specifically to Tuscany and Piedmont and we were immersed in wine, it was very much part of the culture. I have to say the wines we actually drank were of poor quality from the local cooperative, they certainly were not any of the highfalutin names that I have the fortune of dealing with now! Aside from family holidays, I first started collecting wines probably in my early twenties. At the time, the dominant wine movement was New World wines and in particular Australian wine in the early 1990s. Some of the oldest wine I own is Australian, the likes of Penfolds and Renwick's. Another reason for my passion for wine is my passion for food. My mother was telling me that I prepared the Christmas meal when I was just 13! My interest in food and cooking goes hand in hand with my love of wine, so I guess I have always been into it.

That is a tricky one! I am very fond of Pomerol and the Right Bank of Bordeaux, it is very attractive, and has life and culture beyond wine. The right bank is more human, it has more personality and authenticity in my opinion. I also think Piedmont is beautiful and picturesque, I don’t know it that well, despite my family holidays so I would love to go back and explore further.

I think I would be fine! I think I am a natural misanthrope, I quite enjoy not having other people around, so from that perspective, a desert island would suit me just fine. Although the only slight challenge would be that I am holy unpractical apart from in the kitchen!

Assuming this is a sun kissed island, then thinking about it, the first bottle I have selected is not a good choice! Better for a fjord in Norway but hey ho. My first choice is Cristal 1985. The story behind this one is my housemate at the time was attending a house clearance and she sent me a picture of this Champagne, asking if it would be good. I immediately told her to buy it and she bought it for about £50 on my behalf. When she came back and I had a look at it, it was not very promising as the level was slightly lower than it should have been and it was slightly hazy. When I came to open it some time later, I have to say it was a brilliant bottle of Champagne. I have drunk a lot of Champagne in my time but 99% is non-vintage. This was the first time I had the pleasure of drinking a deluxe Cuvée with age, and it was a real showstopper. It was amazing, so elegant and I don’t think I ever paid her for it – so, in fact, it was a great bargain too!

Next up is Wynns Coonawarra Estate Black Label Cabernet Sauvignon. This is a really good wine and quality Australian wine was my real introduction to the world of fine wine. For me, this was an example of a great value wine, that was always consistent and when I first came to London we drank a lot of it! It was a wine of enjoyment for my friends and me. I used to buy it from Eastenders which was a wine warehouse based in Calais. White vans would drive over from the South of England and fill up with wine from Eastenders, 90% of the wine they stocked was £3 a bottle and their house wine was called the Fat Bastard which gives you an idea of their clientele! Dave West, a very colourful character, made a fortune from it as people would come over to Calais to fill up their cars with wine as duty rates were so low in France in comparison to England. He had a small amount of good wine, £6/7 a bottle and we used to go over once a year and fill up the back of the campervan. The Wynns Coonawarra Estate Black Label Cabernet Sauvignon was one of these and it really sticks in my mind as the bottle that was the introduction to the world of fine wine for me.

Tell us Geraint which is your third choice and what memory does this bottle conjure up for you?

My third choice is La Lagune 1982. When I was at university, we were fortunate to have access to very good clarets. One evening my college friends and I managed to get our hands on a bottle of La Lagune 1982, it was the first time I had experienced drinking mature Bordeaux, at the time it was around 15-20 years old. It was utterly delicious and I have to say it tastes much better when you aren’t supposed to be drinking it! La Lagune is a really large estate and they have spent a lot of money over the years improving the winery and their processes, the wines just get better and better.

This is my bit of bling! I have chosen Petrus 1971. We were in a restaurant called China Tang in Hong Kong, it is very glitzy, adorned with chandeliers, real turn of the century excess. Everything about it was absurd and one of our clients very kindly brought along this bottle. I have not had the pleasure of drinking Petrus very much at all and 1971 is a brilliant vintage. It was very special and a real rarity to drink such a great year, fully mature. The whole experience of having such a great wine, a truly classic Petrus in such an opulent setting was something quite unforgettable. To quote Bismarck, “Iron fist in a velvet glove” perfectly encapsulates this wine, brilliantly structured and intoxicating in a delightful setting.

Y’quem 1937 is my final choice, when I first joined Bordeaux Index two colleagues and I went to my flat in Brixton. A client of ours joined us and brought an incredible array of wines, I am not sure quite what he was expecting but probably not coming to my flat in Brixton! We had a stellar line up including 1934 Cheval Blanc, 1934 Léoville Barton and Lafleur, culminating in this black castor oil coloured Sauternes which was in fabulous condition. It may not have been the finest wine of the dinner, but certainly the most memorable for me.

I think I would have to choose Cristal, assuming refrigeration could be fashioned, it would be the most thirst-quenching and spirit enlivening beverage I could take!