A Guide to White Burgundy 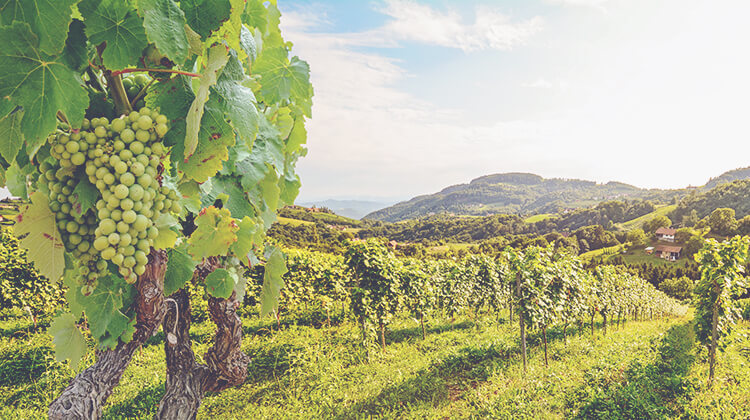 “Great wines taste like they come from somewhere. Lesser wines taste interchangeable; they could come from anywhere. You can't fake somewhereness. You can't manufacture it ... but when you taste a wine that has it, you know.” (Matt Kramer)

Though ‘white Burgundy’ has enjoyed mixed fortunes during the last 20 years, it remains a region deeply intertwined with the idea of terroir. The spiritual home of Chardonnay, an altogether more plentiful variety than Pinot Noir, successfully grown in vineyards from Chile to the UK, has proven over centuries whether planted in Chablis, the Côte de Beaune or the Mâconnais to be a perfect vehicle to deliver terroir. These are vineyards steeped in history, from the Romans to the Franks and generations of winemaking families deeply rooted, if you’ll pardon the expression, to these golden slopes.

One grape variety (though there are some tremendous expressions of Aligoté now being produced) is where the simplicity of ‘white Burgundy’ ends. The very term ‘white Burgundy’ is in-and-of itself an oversimplification of the wines being produced in this region. The white, chalky, Kimmeridgian (limestone) soils of Chablis, for example, lend themselves to crisp, mineral driven wines, wholly different from the deeper, richer expressions of Chardonnay found further south. Lean and elegant when young, the best examples of Chablis, particularly from the celebrated premier cru Montée de Tonnerre, or the grand cru Valmur and Les Clos, are capable of significant ageing and take on richer, nuttier characteristics with time in bottle. Two domaines standing head and shoulders above all others in Chablis are Raveneau and Dauvissat. Indeed, such has been the increase in demand and by consequence price, of the greatest whites from the Côte de Beaune, that attention has been gradually shifting north, with some of the more exceptional Chablis now finally receiving the wider recognition they have long deserved.

Typically, when we are talking about ‘white Burgundy’ we are talking about the great whites of the Côte de Beaune, or more specifically the villages of Puligny-Montrachet, Chassagne-Montrachet and Meursault. Again like Chablis, however, the wines of Rully and Montagny in the Côte Chalonnaise or Mâcon and Pouilly-Fuisse in the Mâconnais have been finding a new audience, thanks to an increase in their quality and affordability vs their peers in the Côte de Beaune. The greatest, most complex and age worthy expressions of Chardonnay on the planet, however, come from the hallowed premier cru and grand cru vineyards of Puligny, Chassagne, Corton and Meursault. The finest examples are as mythologized and coveted as any of the glitterati in Vosne-Romanée.

The richer, buttery, honeyed expressions of Chardonnay that became so popular in the ‘90s, whether from Australia or California, were all a nod to Meursault. That’s not to say that the finest expressions of Meursault, especially from the lauded premier crus Les Perrières, Les Genevrières or Les Charmes, are not as elegant and complex as the wines being produced further south in Chassagne and Puligny, far from it. In fact, the trend in recent years for a more reductive style of winemaking, spear-headed by the likes of Roulot, has both raised the bar and changed the landscape. The newer wave of winemaking talent such as Arnaud Ente are now snapping at the heels of the legends Coche Dury and Lafon.

Puligny-Montrachet is sandwiched between Chassagne and Meursault and produces wines from villages level through to grand cru, renowned for their elegance and intensity. The grand cru Chevalier Montrachet is surpassed in reputation only by Le Montrachet itself, meanwhile, some of the premier crus, notably Les Pucelles and Folatieres in the right hands are capable of lending themselves to truly breathtaking wines. In both Puligny and Chassagne in recent years, we’ve witnessed the rapid ascent of some remarkable growers, such as Paul Pillot, Bernard Moreau, Vincent Dancer, Bachelet-Monnot and PYCM, that are gaining ground on the likes of Leflaive and Ramonet.