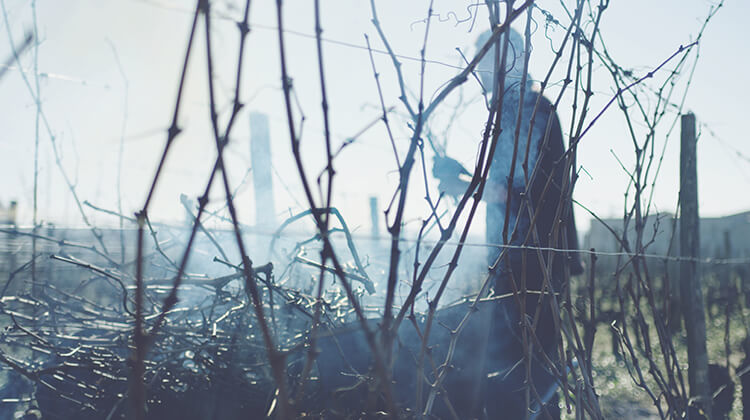 Our last market review, for Q1 2020, was written in the midst of the UK covid-19 lockdown. Against the backdrop of difficult trading conditions across many other asset classes, we highlighted wine’s stability and an expectation that it would again exhibit little correlation to equities, for example, including cautious optimism around there being no “lagged” effect on prices.

While clearly we are far from having returned to a pre-covid normality or indeed from seeing the shape of and potential hurdles to a global economic recovery, we have at least seen enough to have once again been encouraged by wine’s resilience and to provide this update buoyed rather than concerned by the developments of the latest quarter.

On a headline basis, the wine market was up 2% across Q2, which gives a 1% decline across the first half as a whole – indeed wine has been conspicuous for a lack of volatility during this period. It is certainly noteworthy that this stability / resilience has arisen in part from the increasingly more prominent regional diversity we see in today’s market, compared to a decade ago.

From a regional perspective, Q1 was primarily a story of strength in Italian wines, prompted by exemption from US trade tariffs and the very strong 2015/2016 vintage pair; and a softness in younger Bordeaux, which we ascribed primarily to inventory reduction by Trade players in light of covid-19.

Trade in Italian wines has remained healthy in Q2, with a greater interest in the 2017 Tuscan vintage (which is good but not excellent) than we would have seen with an equivalent vintage a couple of years ago. Prices have continued to see modest upwards pressure and overall we feel that the region has moved to another level from a market focus perspective.

Champagne might be a surprising segment to be in the “winners” category from Q2, given fewer new releases. However, the price rises in, for example, the 2002 and 2004 vintages which we had anticipated earlier in the year are now coming through, with a number of wines seeing their highest levels for 12-18 months (or indeed since release in some cases). Trade has been more concentrated than usual in the three “big names” of Dom Perignon, Cristal and Krug, with these representing over 65% of Champagne trade by value on BI’s LiveTrade platform.

Bordeaux has effectively completed its round trip through a softer price phase driven mainly by Trade selling of younger vintages, such that high profile wines like Haut Brion 2015 and Mouton 2016 are back to pre covid-19 levels, although they remain lower than in mid 2019, given the impact of Asian market disruption (US trade tension and Hong Kong political disruption) in Q4.

En Primeur was both a little unexpected (that it took place at all) and a positive catalyst for the Bordeaux segment more broadly. The attractiveness of many – though certainly far from all – of the release prices has been well covered in market commentary, but the secondary market levels of the First Growths (and equivalents) have been particularly encouraging already. The lower volume of wine released was particularly marked in this campaign, on which more in the next section.

Bordeaux secondary market volumes were significantly down vs. a 5 year average but it is difficult to read too much into this. More interesting perhaps was a relative lack of interest in the 2015s, where the attractive pricing of that EP round perhaps disguised for some time a lack of genuine top scores in many of the high end wines, but also a resurgence of interest in vintages like 2012 where relative value can be compelling.

Elsewhere, regions such as Burgundy, the US and the Rhone saw less by way of meaningful price movements, but merit brief updates.

It is often difficult to generalise about trade in Burgundy and it is notable that our focus on blue chip names and vintages has yielded better results than the region more broadly. At the same time though we reiterate the sentiment that there have been no signs either of demand for the region tailing off, or the 2018 price step significantly reversing itself. Indeed over recent weeks we have seen healthy trading volumes and new price highs for a number of key names.

The US has seen a particularly quiet first half, with trading volumes materially lower than in 2019, although still elevated vs. further back in time. Names such as Ridge which saw large moves across 2018/2019 have been flat, while even the rarer, higher “beta” names such as Screaming Eagle have seen little price action. Lower liquidity in this segment during times of GBPUSD FX volatility is perhaps understandable, while a lack of high profile new releases has also played a part.

The Rhone has also largely remained off the radar, with a few of the rarer names seeing modest gains but the 2017/2018 pair of vintages seeing less interest than the more compelling 2015/2016 wines.

As a headline we expect the more interesting movements of H2 to be seen in Bordeaux, with Champagne and perhaps Burgundy also seeing more significant moves than the last year or so might suggest.

There is little to suggest that the residual value lost during the second half of 2019 in young Bordeaux should not be recovered, all being equal and this is probably the most near-term opportunity for those examining deploying new capital into the wine market over the coming months. In this context we would note our preference for an approach within a Bordeaux segment of a portfolio of combining younger and older vintages without the “inefficient” middle ground, and indeed with regard to older vintages, the increased attention we have seen the 2000s and even – albeit more marginally – the 2005s receiving over recent months.

It is likely that we will see further tranches of 2019 releases given the limited volumes in the EP campaign. This should be useful in testing new levels and continuing to catalyse other recent vintages. A common question recently has been around the potential unattractiveness (from an investor perspective) of chateaux holding back wine, i.e. a potential slowing of change of the important supply-demand balance which underpins wine price gains. However we are relatively unconcerned on this topic (which is after all not a new one but just more prominent again post 2019 EP): the interests of investors and chateaux are effectively aligned in prices rising and to date we have seen measured strategies from the key players. Indeed we also see interesting potential for increased market activity / opportunities arising from more regular “new releases”.

With the 2008 champagne releases now firmly behind us and indeed a number of wines from the strong 2012 vintage already in the market, we believe there should be a (further) uptick in price activity from the relatively overlooked but strongly scoring 2004s and 2006s. While there is a lot to be positive about in Champagne vintages across 2013-2015, the excitement of the 2008s will likely not be seen again until the 2018 vintage, which has favourable implications for those strong vintages where market supply has already started to slow but without recognition.

Against the backdrop of optimism for some regions in H2 2020 as set out above, we believe the risks do not necessarily revolve solely around an outsized second wave of covid-19 or a lack of V-shaped recovery from the first wave. While these are clearly of significance, wine’s resilience across H1 gives us at least meaningful comfort in this context.

There is increased potential for a significant sharp deterioration in UK-China relations, particularly given Hong Kong’s importance as a wine trading hub. As shown in Q4 2019, disruption of wine trading flows has the affect of partially arresting the market and – during that period at least – caused a softening in the Bordeaux segment. Every market phase is different, but this is likely where our greatest focus will be as we move through this half.