The Rhone Valley is an incredibly diverse region with huge variations in style among communes, growers and vintages. Whilst the Rhone is perhaps most well-known for rich, sun-ripened wines with a deep, hearty character, it is equally capable of wines of great precision and finesse – not to mention aromatic whites which are the envy on much of the wine world.

From modern releases to mature vintages, The Rhone has consistently demonstrated the region's true calibre and capability of producing fine wines. In fact we would argue that whilst many wine lovers have been buying Bordeaux on release for years, with the intention of storing it for future enjoyment, the opportunity to do the same with the Rhone has been missed; and given the comparatively small production of many estates, finding mature examples gets harder every year.

The Rhone is home to a number of iconic red wines including in the north, Côte Rôtie, Hermitage and St. Joseph, and in the south, Chateauneuf-du-Pape and Gigondas. Many of these regions also produce white wines, with the white Marsannes and Rousannes of Hermitage and Chateauneuf being world famous. There is also the incredible white wine produced from Viognier; whilst best known for producing Condrieu, it can also be found blended into the reds of Cote Rotie. 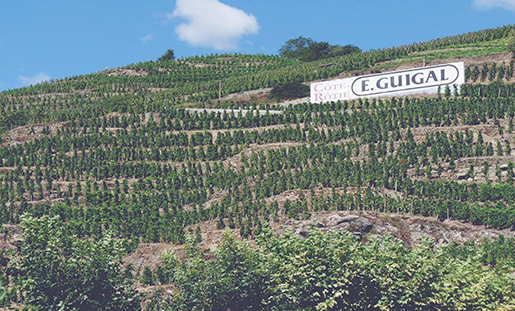