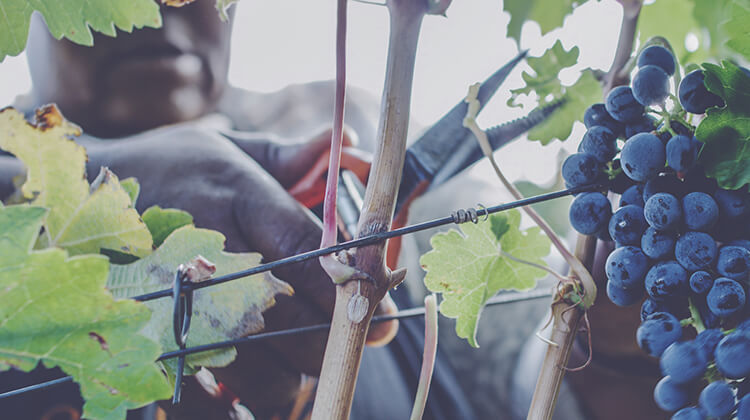 The 2019 trading year was largely the proverbial game of two halves.

With a generally benign global economic environment and the prospect of a generous and high-quality Bordeaux En Primeur, the first 6 or 7 months were characterised by record activity and gently appreciating prices. Indeed, the EP campaign itself was successful, in the same context as - though not quite at the level of – 2016.

Yet, by the time EP was put to bed the headwinds were rapidly picking up: yet more Brexit uncertainty continued to cast a shadow over UK activity, but just as significantly a serious faltering of US-China trade negotiations emerged and President Trump repeatedly wielded the tariff stick against the EU with wine amongst the high profile products. Perhaps most significantly of all given its role as a wine trading hub, Hong Kong stumbled into a political crisis that threatened its very integrity. Given such an array of disparate and related challenges it is frankly remarkable and deeply encouraging that activity was not further impacted.

Bordeaux was again at the heart of trade at BI notching up a little over 53% of total turnover, albeit this figure includes a strong EP campaign. Interestingly Livex indices show Bordeaux as one of the worst performing regions last year (Bordeaux 500 -3%; Bordeaux Legends 50 -6%) but as we have noted repeatedly before, high-end Bordeaux trading on Livex is lower than BI’s LiveTrade volumes and we observed better performance across the complex on our own platform. Volumes were down though, most notably across back vintages of Haut Brion, followed by Latour and Margaux.

Red Burgundy had a big question mark against it in 2019 following the run of gains across 2017 and 2018. In line with our own predictions, there was no “bubble bursting” despite the more challenging Asia conditions and also a very lacklustre 2017 Burgundy campaign among specialist regional merchants – and furthermore the pattern of blue chip producers and prime vintages exhibiting the most price support largely held true. At the same time, it was at the margin a price-negative year for Burgundy.

Italy – or more specifically Tuscany – was the year’s success story with a high single digits performance driven by a strong 2016 vintage (Sassicaia and Tignanello both seeing much interest) and a resulting market squeeze on back vintages. Piedmont continues to see uninspiring trading volumes and modest price gains, partly driven by release prices hampering rather than catalysing increased buying interest; it seems further than ever from being the “next Burgundy” from an interest or performance perspective.

The Rhone had an uninspiring year from a performance perspective despite undoubtedly increasing interest in the wines from collectors and drinkers. A succession of strong vintages (2015-2017) has largely failed to galvanise the higher investment interest which we had expected – the “problem”, if there is one – perhaps being neither strong liquidity nor sufficient scarcity to move the needle – although we still expect investment focus to increase over the medium term.

A comparison of Tuscany 2009/2010 vs. Rhone 2009/2010 vintage performance is interesting in illustrating the greater and more sustained momentum of what should intuitively be a lower-performance region.

Note: Wines included are all those on the BI LiveTrade platform

2019 saw Act 2 of the 2008 Grande Marque Champagne releases, including Dom Perignon and Bollinger. This pair nicely illustrated the difference between aspirational and suitably progressive release pricing, with the former doing a quick round-trip back to par and the latter seeing outsized and sustained demand. Indeed, and perhaps against the odds, the year saw significant outperformance in “non-prime” vintages (2004, 2006, 2007) when compared to 2002 and 2008, which as “prime” bookends appeared to be held back by mid-life investment sales and full release prices respectively.

Note: Champagnes included are all those on the BI LiveTrade platform

Turning briefly to Bordeaux En Primeur, BI’s 2018 vintage campaign was large by recent standards (c. £14m) and more than double that of the preceding year. As has been the case since the bumper 2009 campaign, EP activity was dominated by the major names with 40% attributable to the (four) First Growths and a full 75% taken by the leading 10 Chateaux. Strong showings for the likes of Figeac, Cos Estournel and Lynch Bages illustrate what can be achieved when strongly-rated wines are offered at prices the market deems fair; elsewhere results were less compelling. With 2019 set to be another high quality harvest, time will tell how sustained the last few years’ revival in EP interest is, but for now we are cautiously positive.

Given the aforementioned H2 market overhang driven by macro factors, it is unusually difficult to make outlook predictions. While Brexit has at least some resolution for now, there is no doubt that the status of Hong Kong carries some disruption to general market activity.

This said, we feel comfortable setting out relative views by region, which we will do broadly in order of more positive to more conservative:

Tuscany should continue to see positive trading patterns, with the potential for an additional boost if US tariffs persist and continue to exclude Italian wines. Sassicaia and other top wines are hardly small production but are surprisingly difficult to source in volume on the secondary market – this provides a tailwind.

Champagne has now reached a level of maturity as an investment class (i.e. been through 1-2 Hold cycles) and this year and next should see continuing strong performance in back vintages. A squeeze on new issuance (2010 and 2011 are average-poor vintages) will provide support.

USA has perhaps the most complex market dynamics of any region with the impact of tariffs far from simple to generalise on. We see potential for further gains in prices of the larger production wines where they continue to lag comparators; a more interesting question relates to the path of the lower production wines – we err towards optimism on these.

Rhone continues to be a little enigmatic from an investment perspective: improving interest and liquidity, but to date lacking the sustained gains we have expected. We continue to allocate to the region, with a marginally Overweight view.

Bordeaux saw some softening in H2 but we continue to be optimistic around the “next wave” of maturing vintages – performance is quietly coming through in 1995s, 1996s, even 2000s and this will pick up in pace as liquidity in 1980s vintages falls further. The position around recent vintages is less clear but we are not overly cautious on this front. We continue to be less keen on Super Seconds, but note an optimism on Right Bank names where we were neutral 12 months ago.

Burgundy could see a significant boost if the macro overhang is removed: indeed if anything the risk profile for the region is more symmetrical than it was a year ago. We have no reason not to continue to urge focus on bluer-chip names and prime vintages at this juncture. Reds receive a lot of focus but White Burgundy has seen interesting gains, albeit liquidity remains more limited.

Piedmont remains a region where we continue to see our interest rewarded only by relatively isolated examples of outsized performance. We observe that secondary market liquidity suggests we are not the only ones who are cautious.

Absent specific macro factors, we would be posing the question of whether this will be a >10% or <10% year for the wine market and this is worth emphasising in demonstrating our market-specific positivity across the majority of key regions. Any material softening in prices will – absent a significant macro deterioration – certainly present an attractive opportunity to increase positions and we would highlight that potential tipping point not being far away.