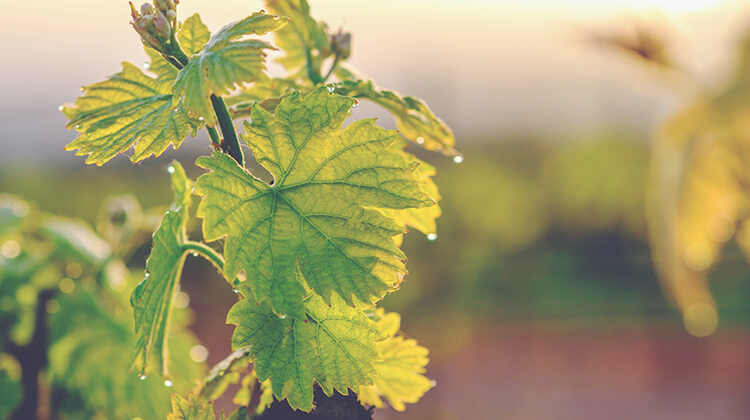 With 2020 having been a year of unexpected and indeed unprecedented macro events, it is interesting to observe that the predictions in our 2020 Outlook piece a year ago have actually largely matched what we have observed in the market.

However as we have noted in our quarterly update reports across the year, wine has effectively achieved what we would expect during a disruptive macro period, in its limited correlation with other assets and its capital preserving characteristics. Against this backdrop, for the most part we have seen the anticipated key regional trends, albeit on a more muted basis than we might have expected in more “normal” times.

On the basis of indices, the wine market moved up by around 2% in 2020 with marginal weakness across most of H1 being reversed across H2. This index-based observation fails however to explain market dynamics either in H1 or H2.

We have explained previously (Q2 and Q3 report) how technical dynamics – in simple terms the reduction of stock levels by Trade players via sale of young Bordeaux – led to a temporary weakness in that part of the market and also lower trading volumes during the period. Just as detail was key in understanding the market then, the key to understanding Q3 but especially Q4 performance is trading volumes.

Bordeaux Index saw record Q4 trading volumes, with Bordeaux and Burgundy leading the charge but Italy also playing a significant part. This was not a small uptick, but step-change gains compared to Q4 2019; buying activity was strong globally, but particularly across Asia broadly.

In Bordeaux this primarily led to a scarcity of stock at prevailing market prices rather than significant price gains (although lower production wines such as Lafleur saw noteworthy moves); but in Burgundy, particularly for blue chip wines, upwards price movements – some sizeable – were very evident in our trading.

The pattern in price gains was for the most part driven by rarity, with some obvious read-across for age, i.e. while younger and older vintages of top Burgundies saw gains, it was mainly the more mature Bordeaux vintages which moved; similarly in Italy, prices generally increased for the pre-2010 type vintages where supply in the market is limited.

If Bordeaux was gaining momentum in Q4 and Burgundy was back towards its heights (note that Bordeaux Index actually traded more Burgundy in 2020 than in the frenetic trading period of 2018), Italy was more continuing its reliable performance and also continuing to exhibit its much increased market liquidity: our trading in Italian wines is almost double what it was five years ago. The catalysts for this are well rehearsed – strong recent vintages and exemption from US tariffs – but there is little doubt the increased activity is an established feature of the market now.

Champagne has a more nuanced story: activity was healthy in 2020, but largely without the excitement around for example the 2008 releases which we saw in 2018 and 2019. A “cheapest to deliver” dynamic increasingly emerged in younger vintages: any price outlier was dragged up by demand for the brand rather than the vintage – something more marked in, say, Dom Perignon than in Clos des Goisses, as you would expect. The 2002 and 2004 vintages of top wines started to move well beyond the price inflexion points they had been slightly caught at, as indeed we had expected, while somewhat forgotten vintages such as 1998 and 2000 quietly posted gains.

The US was a region which saw notably lower activity in 2020, generally driven by supply, which we saw as interlinked with the trade tariffs (specifically US collectors not selling the “mailing list” type wines as it was unattractive to reinvest into the obvious French regions). However, currency also played a part, as a strengthening in GBP tends to have an immediate softening effect on prices, before an equilibrium is reached after a period of time. This is usually – and was in 2020 – most evident in wines such as Screaming Eagle.

Regional Outlook for 2021
Our headline outlook for the wine market in 2021 is a very constructive one across regions, but we believe that the upside potential is likely to be somewhat more varied by region than it might usually be:

Bordeaux: We discussed in our Q3 report the strong demand dynamics for the region and we continue to see this in low availability of stock at prevailing prices, and – in 2021 so far – meaningful upticks. For older wines (1996 and older, likely also 2000) the upwards price pressure could be very significant, but there is no doubt also potential at the younger end of the spectrum given the H1 2020 weakness which has not entirely recovered yet. We have been conservative about the potential of Super Seconds but see the opportunity as more balanced now; and indeed the Right Bank could see interesting activity. If the US remove tariffs, Bordeauxwill likely be the most prominent beneficiary.

Burgundy: We see little reason for Burgundy not to continue to see very healthy activity levels and the 2019 En Primeur campaign has done no harm on this front (for while solar vintages are hard to assess in a Burgundy context, critical commentary has been largely favourable and buying interest has followed). Our approach across 2019-2020 has been to focus on blue-chip producers and top vintages and to an extent this remains the case; however, if we see a continuation of Q4’s activity then there may be some relative value type gaps (mainly within individual producers) which mean that lesser vintages could then outperform. At the same time we reiterate our view that there is simply a ceiling for premier crus from non blue-chip producers and we see little upside in that segment.

Champagne: Our perspective that semi-mature vintages have further to go remains unchanged and we are looking for more 2004s to move into this price action category. The interesting segment will likely also be 2005-2007, which are currently caught up in the “cheapest to deliver” dynamic set out above, but where supply is in fact dwindling and the quality of the wines remains somewhat overlooked. Cristal and Krug generally both seem to have further upside, while it will also be interesting to see Comtes and Bollinger performance if prices are stretched elsewhere. 2021 may be a year of surprisingly significant price movements for Champagne, but it is difficult to make a clear call on this.

Italy: 2021 may be a year of price and volume consolidation for Tuscany, given the strong gains on both fronts in recent years. We are mainly keeping an eye on the back vintages as the level of scarcity can be surprising. On this note, Piedmont continues to be something of an enigma, with the 2016 vintage failing to drive broader interest which one might have expected and liquidity remaining underwhelming; however, we still allocate towards the region in modest size and observe closely.

Rhone: If Piedmont can be frustrating from the stop-start nature of investment potential delivering results, Rhone is perhaps tougher still. Rising En Primeur prices have not helped as they tend to snuff out broader interest in the region rather than fan the flames. We see the potential this year as being in the Northern Rhone primarily and focused more on the classical names: Guigal, Chave, Jaboulet.

US: From current price levels (given the currency point above) we see upside in smaller production wines, with increased supply if tariffs are removed actually also likely to catalyse interest and activity rather than to flood the market. Larger production wines continue to have potential upside albeit likely steady rather than anything more drastic. As per our previous commentary, we generally see the risks to our outlook more in the area of potential disruption to trading flows (e.g. Hong Kong political problems) than for example Covid or the implications of Brexit. There is no doubt that the removal of the US trade tariffs would provide a tailwind for Bordeaux and Burgundy, but we see that more as further upside than a pre-requisite for 2021 performance.

A Brief Note on Indices
We have repeatedly noted in our reports the often significant differential between performance of indices and what we as the largest global trader of fine wine and the operator of the largest trading platform in the market see on a day to day basis in executed trades. During 2021 we will be launching our own Bordeaux Index market indices to bridge this gap and increase understanding of market dynamics.