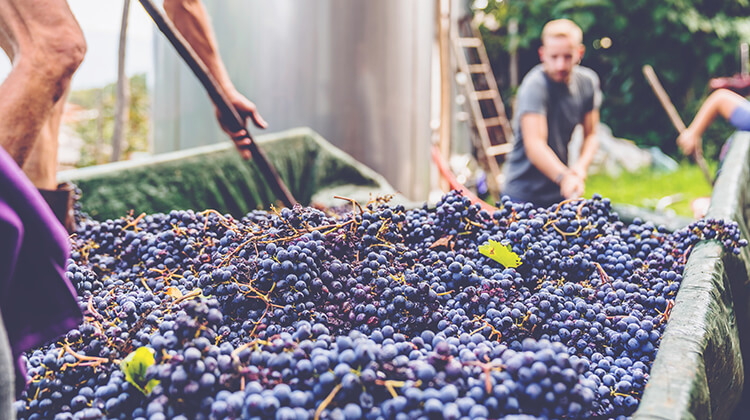 With Q2 having been bookended by the Covid lockdown and a particularly interesting Bordeaux En Primeur campaign, Q3 has primarily been noteworthy for a return to something resembling normality – in the wine market, at least.

Understanding market movements in Q2 very much relied on paying close attention to trading flows, inventory dynamics and so on, whereas Q3 allowed us some insight into the potential trajectory of the market, and its segments, across the coming 6-12 months. Recent months have also solidified our confidence around the resilient nature of the wine market when faced with a(nother) unprecedented macro event.

The wine market is in positive territory for the year to date, with the – technically-driven, as we noted at the time – dip in younger Bordeaux in April and May having reversed itself to a significant extent, and most other regions posting modest gains, albeit without any segment particularly standing out.

While not at the front of the pack in performance from an index perspective, Burgundy is particularly noteworthy for the greatly increased trading volumes we have seen, not quite back to 2018 levels but Q3 certainly being up 50%+ on Q3 2019. This is somewhat Asia-driven but as is so often the case, buyers are actually much more diversified than one would think from the outside.

The renewal of focus on Burgundy has not come as a particular surprise to us as we commented on an optimistic outlook previously. The main difference vs. movements across 2015-2018 is really that the focus is more prominently on blue chip names, with interest in second tier producers remaining subdued. From a vintage perspective the performance is more balanced though, such that while we still believe that there is likely to be more potential for performance in top vintages during the coming couple of years, we have seen good interest in 2011-2014 and also 2017.

Burgundy is a fine example of the point that index performance never provides the full story: we have seen a number of particularly compelling exit prices from blue chip Burgundy positions in recent months, such that the slight gain in a Burgundy index masks much more interesting performance derived from stock picking, as exhibited by a review of selected actual traded prices.

Bordeaux has showed an interesting combination of price recovery and increased buyer interest, but also relatively low liquidity, with the result that (similarly to the picture for En Primeur, in fact) trading volumes have been healthy, but could have been 2-3x higher if there had been access to stock – at the prevailing market prices at least.

Indeed this is really the crux of the Bordeaux market at present: access to large parcels is relatively limited, more markedly as time goes on, which usually means that there is about to be a step-up in market pricing. We do not refer here to the recovery from the lower levels witnessed in Q2, for that has largely come already, but rather a potential movement back in the direction of (and perhaps through) the 2018 highs.

Italy has from an index perspective seen another strong quarter, but volumes have been down as the liquidity injected by the 2015/2016 releases and the subsequent secondary market trading has diminished for the time being.

There has certainly been a move to a new level of interest in Italian wines amongst collectors and investors, but the segment remains most interesting while liquidity is pronounced as – contrary to our comments on Burgundy – this is important for good trading outcomes. Finishing on a positive note though, the performance of Solaia has been particularly strong, with the significance of its lower production (compared to Sassicaia and Ornellaia) becoming more obvious in the market.

Champagne saw a marginally positive quarter, but remains a little weighed down by the mediocre performance of a number of the high profile 2008s (Dom Perignon the most notable example); the breakthrough new release pricing of Taittinger Comtes de Champagne was interesting in this context, albeit there is never enough focus on the relatively low production of that name.

Performance of older vintages marked a return to the more established pattern of the Champagne market – supply-demand being the core driver of price gains, with this evident in a number of >10% quarterly gains: Krug 98, Krug 96, DP Oeno 96.

The US saw a relatively quiet quarter, with September releases such as Opus One seeing lower interest than usual (likely driven simply by the “so what?” pricing levels). Lower activity more broadly is probably driven in part by the trade tariffs meaning that US collectors are buying less non-US wine and therefore selling less of their domestically sourced stock (given the mailing list nature of new releases).

There was little noteworthy activity in Rhone wines across the quarter, which represented a continuation of an ongoing “holding pattern”.

It will not be a surprise given the commentary above that we believe the outlook for the market to be positive, particularly in the case of Bordeaux.

Prices for prime vintages of First Growths (and equivalents) are sitting – as a generalisation – 10-15% below the highs of the last 3 years. We see the testing of those highs as the natural next step for the segment, but think that the relative difficulty in sourcing large parcels which we are witnessing at present could point to the potential for movements materially through those levels. There are a number of possible catalysts for this gathering pace, with the increasingly strong pan-Asian demand perhaps the most near term of these (note that our share of sales has been more skewed to Asia than normal in recent months).

We continue to prefer prime vintages for such an upturn (these usually lead the gains, with non-prime vintages following when relative value becomes strained). Indeed, the Bid-side activity on our LiveTrade online trading platform very much reflects a focus on 2000, 2005, 2009, 2010, 2015 and 2016. One interesting element to note in the context of non-prime vintages though is the particularly low market availability, especially at Chateaux – the early consumption trend of the last decade is possibly particularly underestimated for this area and may add interest when the prices of those wines do start to move.

Our previous prediction of increased interest and activity in Burgundy has very much been in evidence and there is no reason for this not to continue and potentially gather further pace. We particularly like the selective trading opportunities within the segment, as mentioned earlier in the report, especially at a time when increased activity is predominantly consumption-driven.

Champagne and Italian wines have both benefitted over the last year or so from the US trade tariffs imposed on the EU. Joe Biden’s top foreign policy adviser is on record as saying that these are likely to be removed if he wins the election (albeit this may not be an immediate priority). While this is unlikely to reverse the positive run that Italy in particular has seen, we probably would see the re-balancing of a significant pool of demand back towards Bordeaux and Burgundy (blue chip White Burgundy being a possible notable beneficiary given the US focus on that segment).

This said, there is still potential for higher prices for >5 year old Super Tuscans, where the age/price curve is flatter than it should be for an early consumption region. The same dynamic is likely to hold true in the Champagne space – we will be looking for performance in the vintages up to 2004.

Despite the long term recessionary impacts of the Covid pandemic being far from clear at present, we do think that we have seen sufficient resilience from the wine market to lower our caution around this topic. We are most cautious in the coming months around things which may deplete liquidity or market functioning, with these potentially including a revival of Hong Kong tensions (including those simmering between China and the UK) and a Trump election win which is followed by yet further aggression towards China and – to a lesser extent – towards the EU.